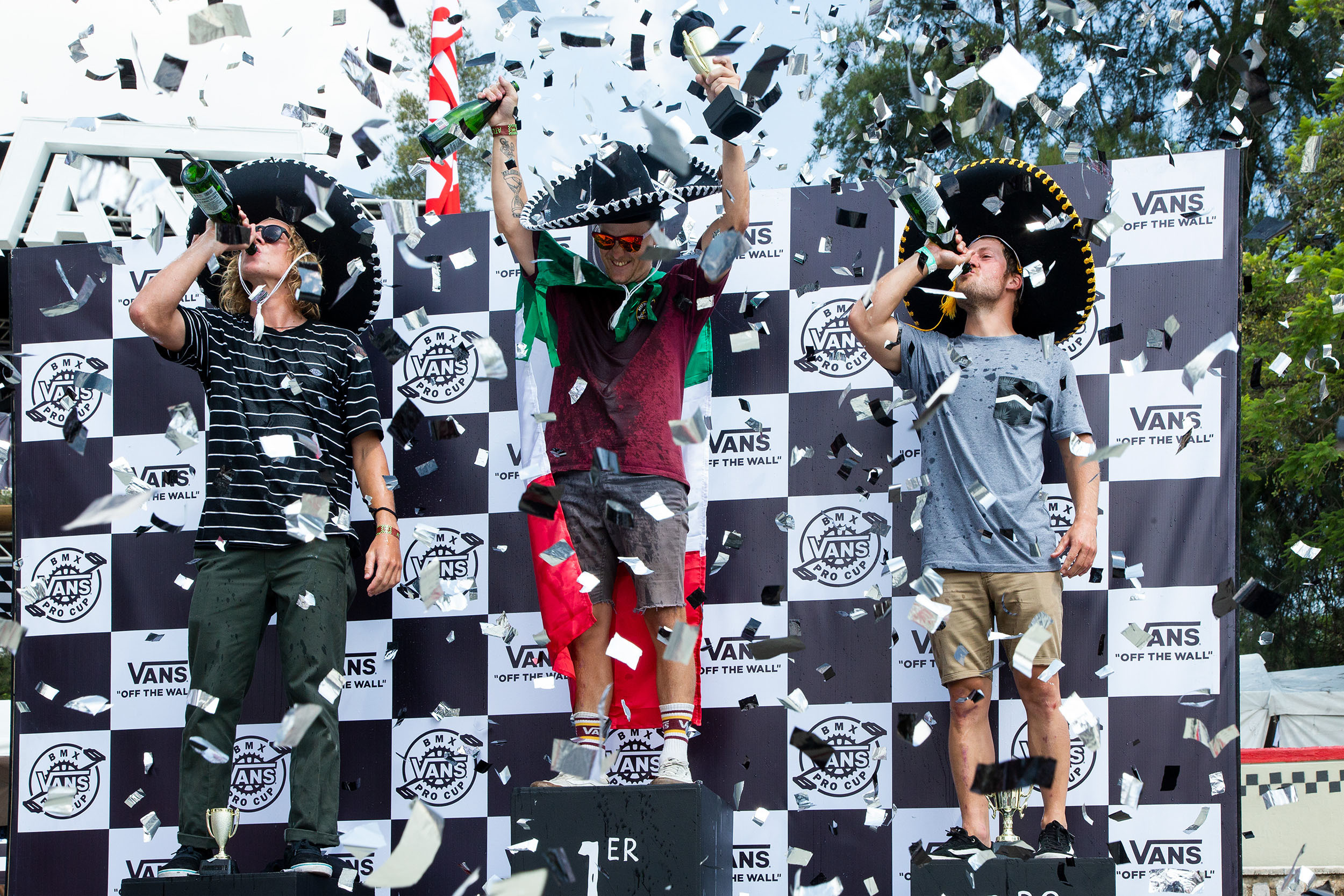 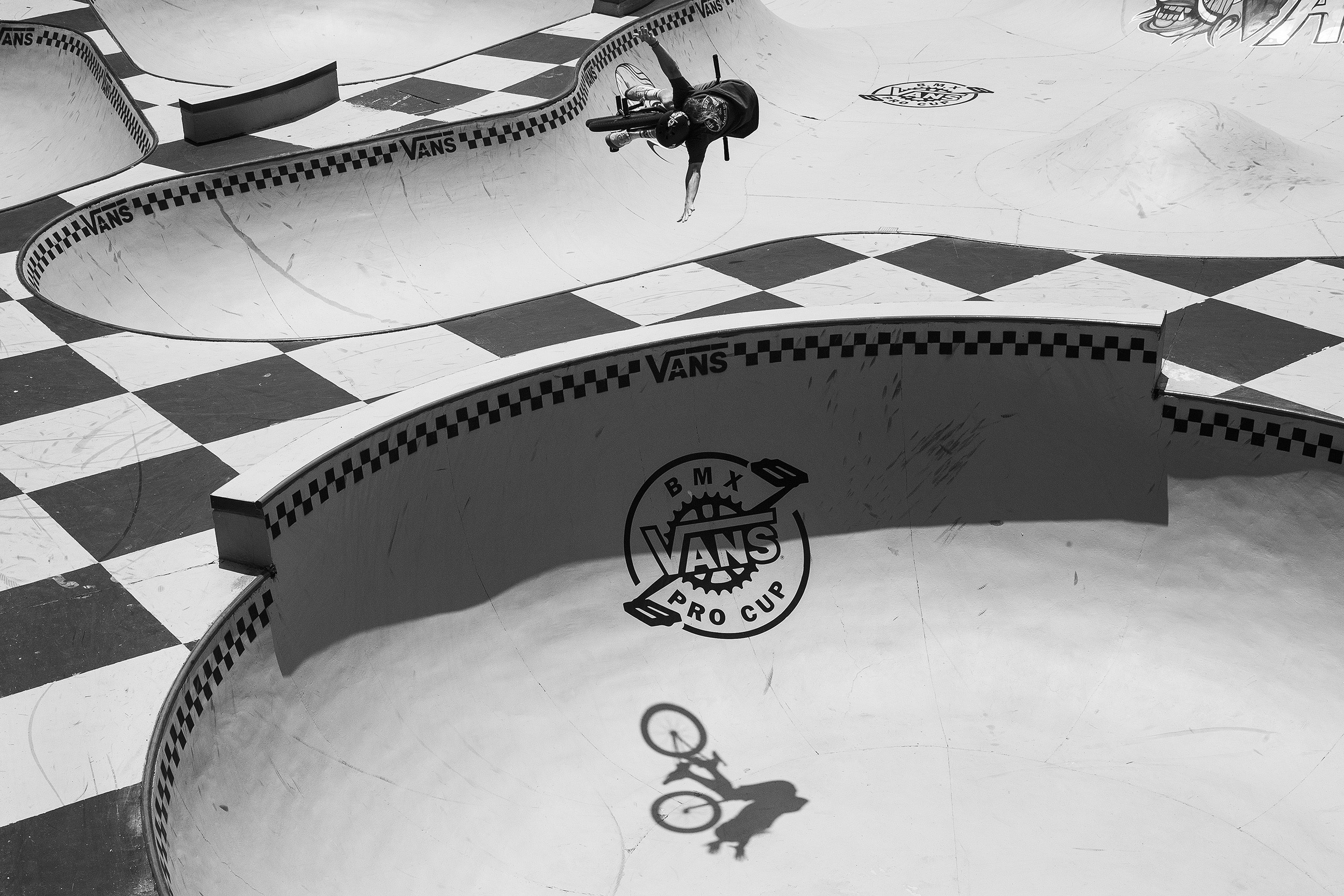 Guadalajara, MEXICO (August 27, 2018) – The 2018 Vans BMX Pro Cup witnessed an incredible finish in Guadalajara, Mexico this past weekend as the industry’s leading professional men and women BMX riders battled for their last-chance at the podium before the series’ highly-anticipated World Championships finale. For the third and final Pro Tour event, defending Vans Pro Cup Guadalajara event winner Jason Watts triumphed yet again, surpassing his peers to mark his second consecutive victory in Mexico since 2017.

Merging smooth style with his signature manuals and seamless tricks at the Montenegro Skatepark, Watts remarked, “to win here again in Mexico feels absolutely amazing. I really like riding this park and with a bit of luck on my side, I somehow pulled through.”

Returning to the podium for a second time this season, Sergio Layos’ high speed riding and unyielding style unlocked unique lines that stunned the Montenegro crowd, including a massive 360 transfer that earned him Best Line award and second-place. Australia’s Boyd Hilder placed third, showcasing incredible technical consistency, and shaking up the overall series points rankings with a Canadian nose pick on the stone face wall.

“Mexico couldn’t have been a better place to win my first Pro Cup,” Marino stated with sheer excitement. “The fans are so passionate, they gave me an extra push to go faster and higher because everyone gets so excited.” 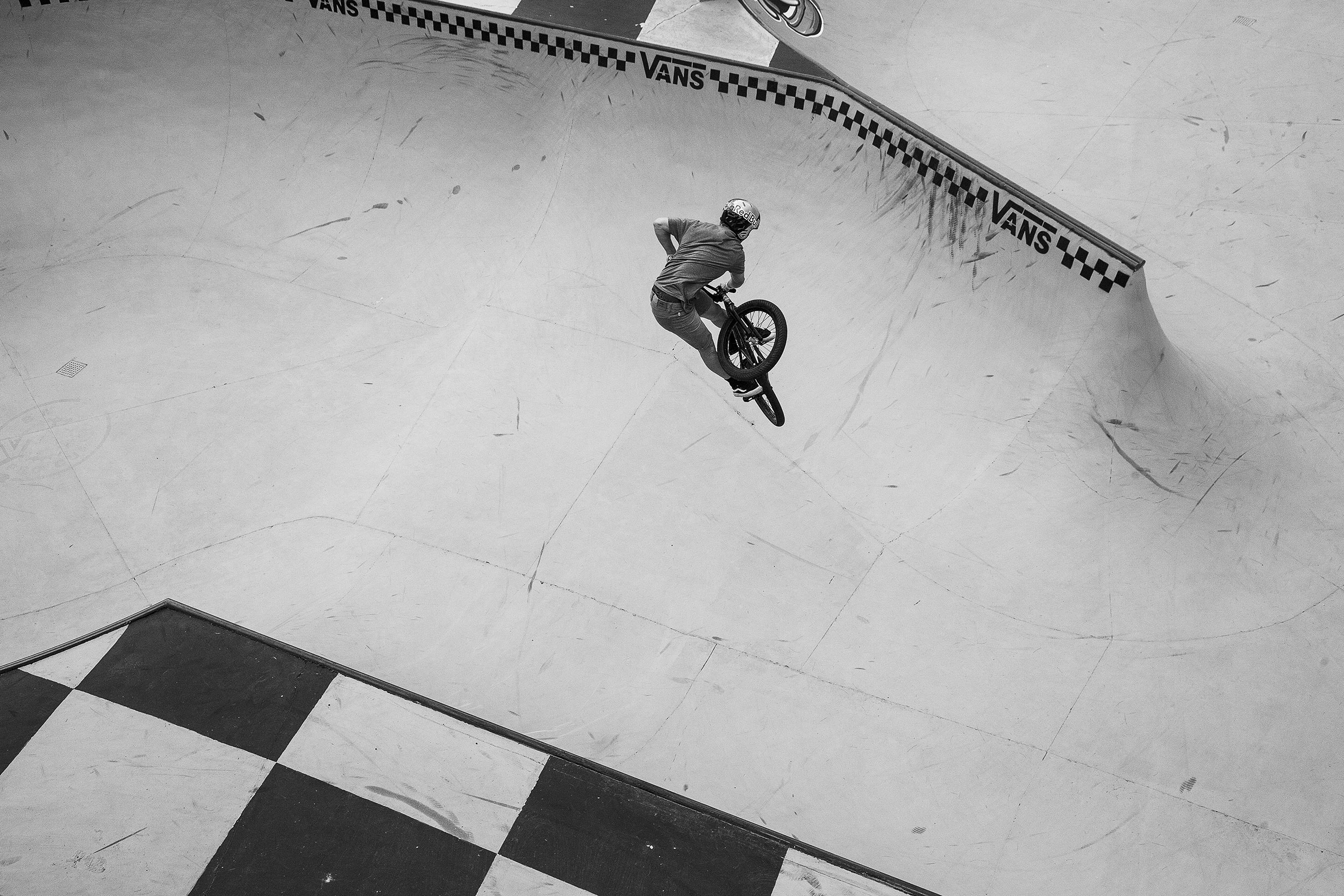 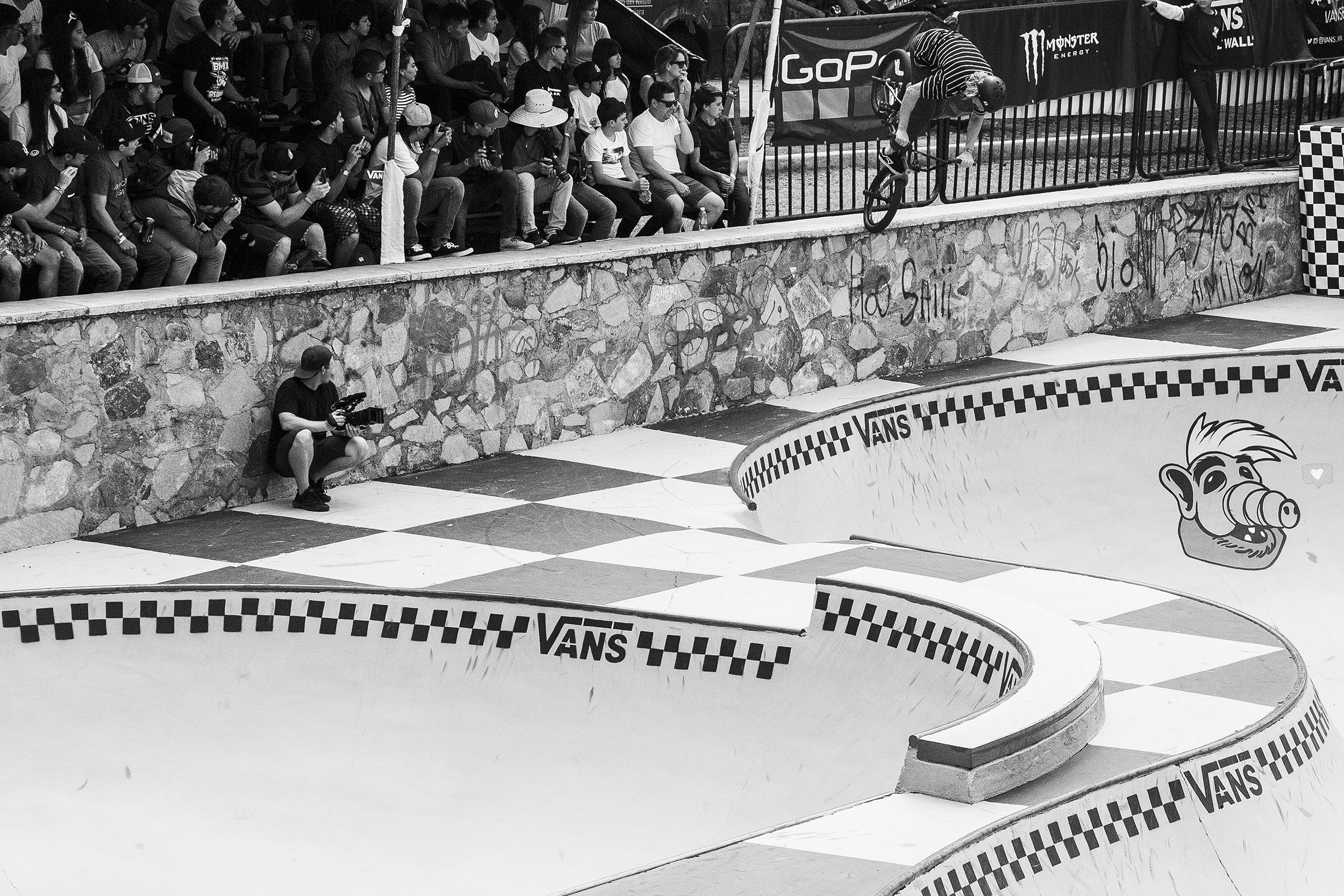 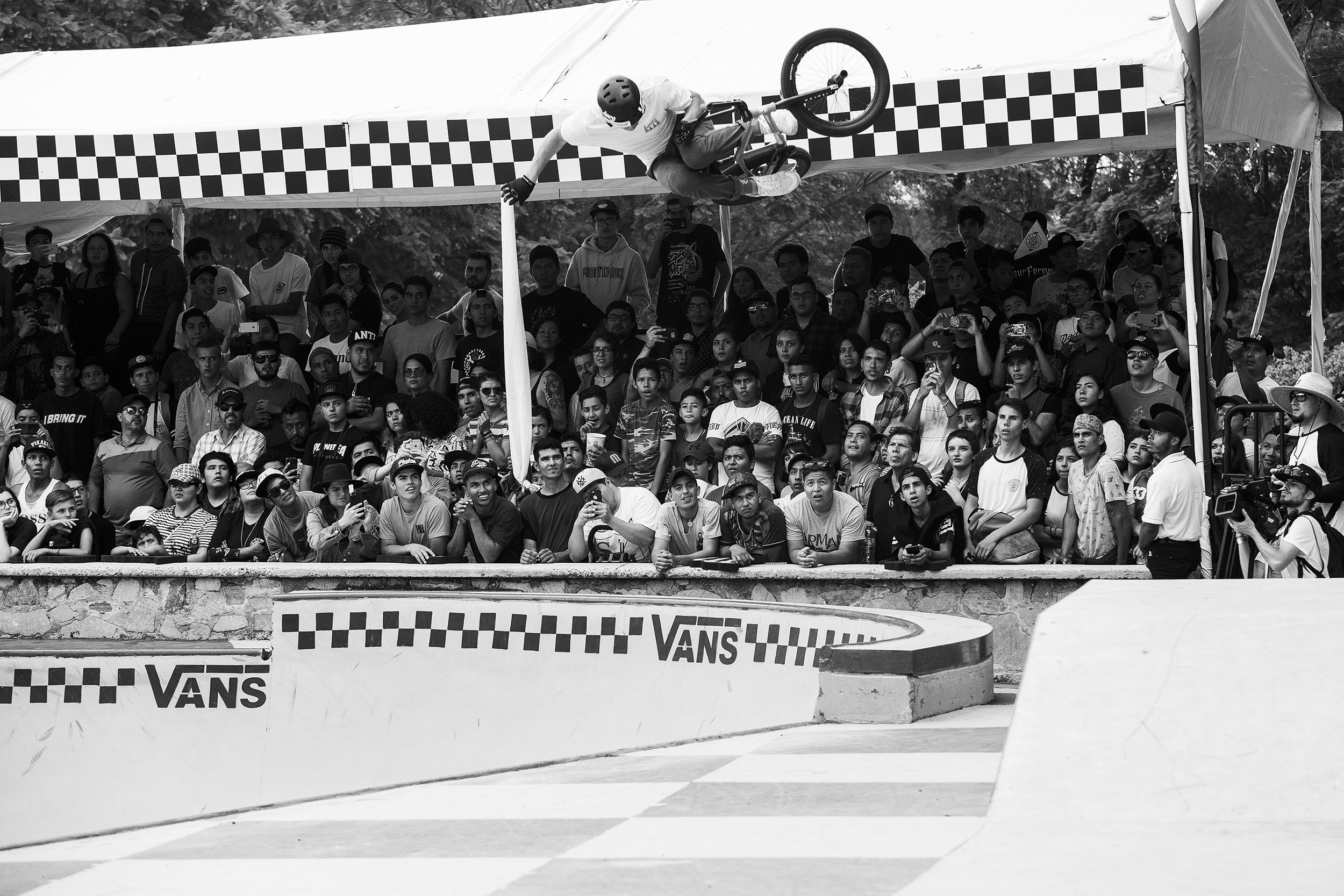 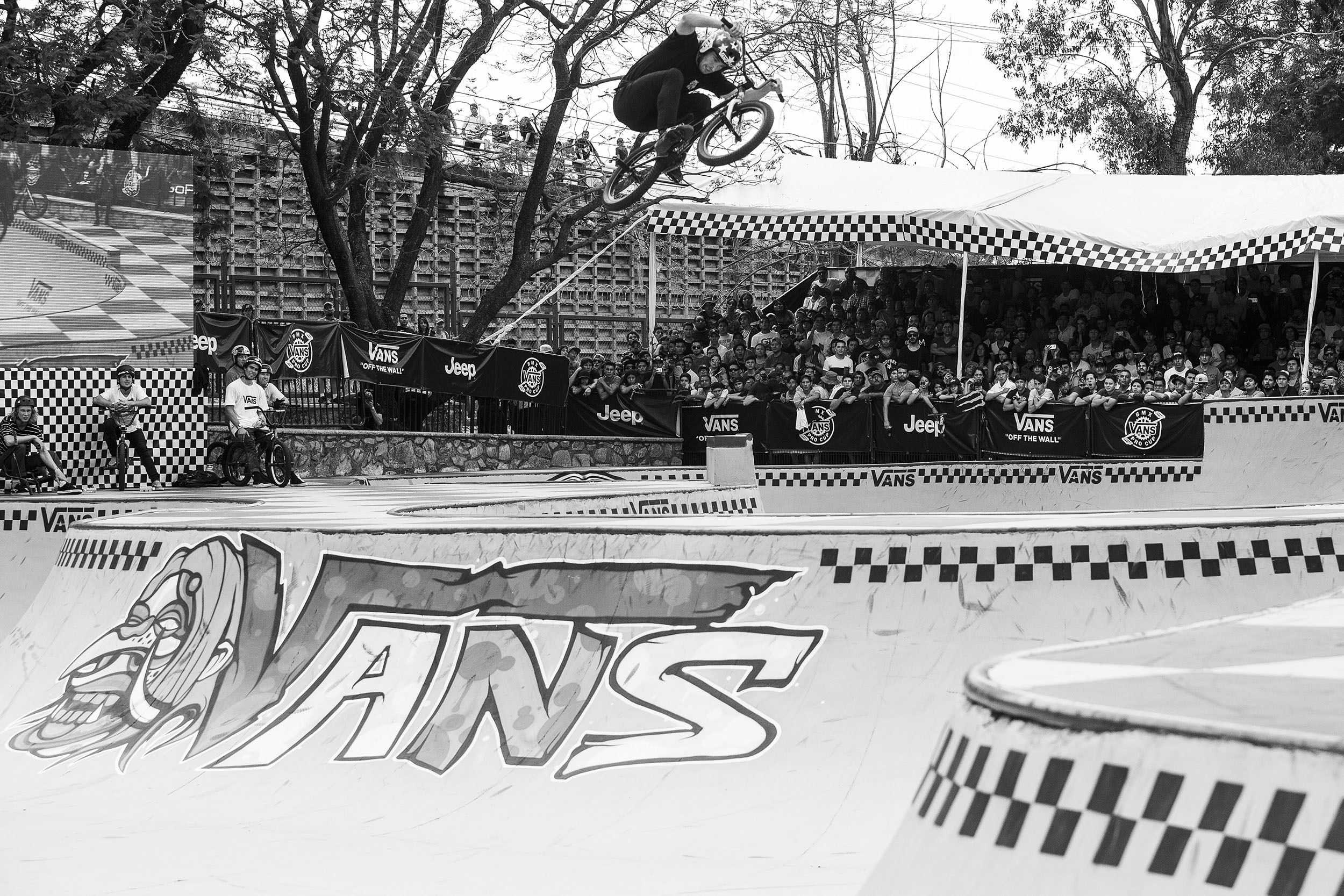 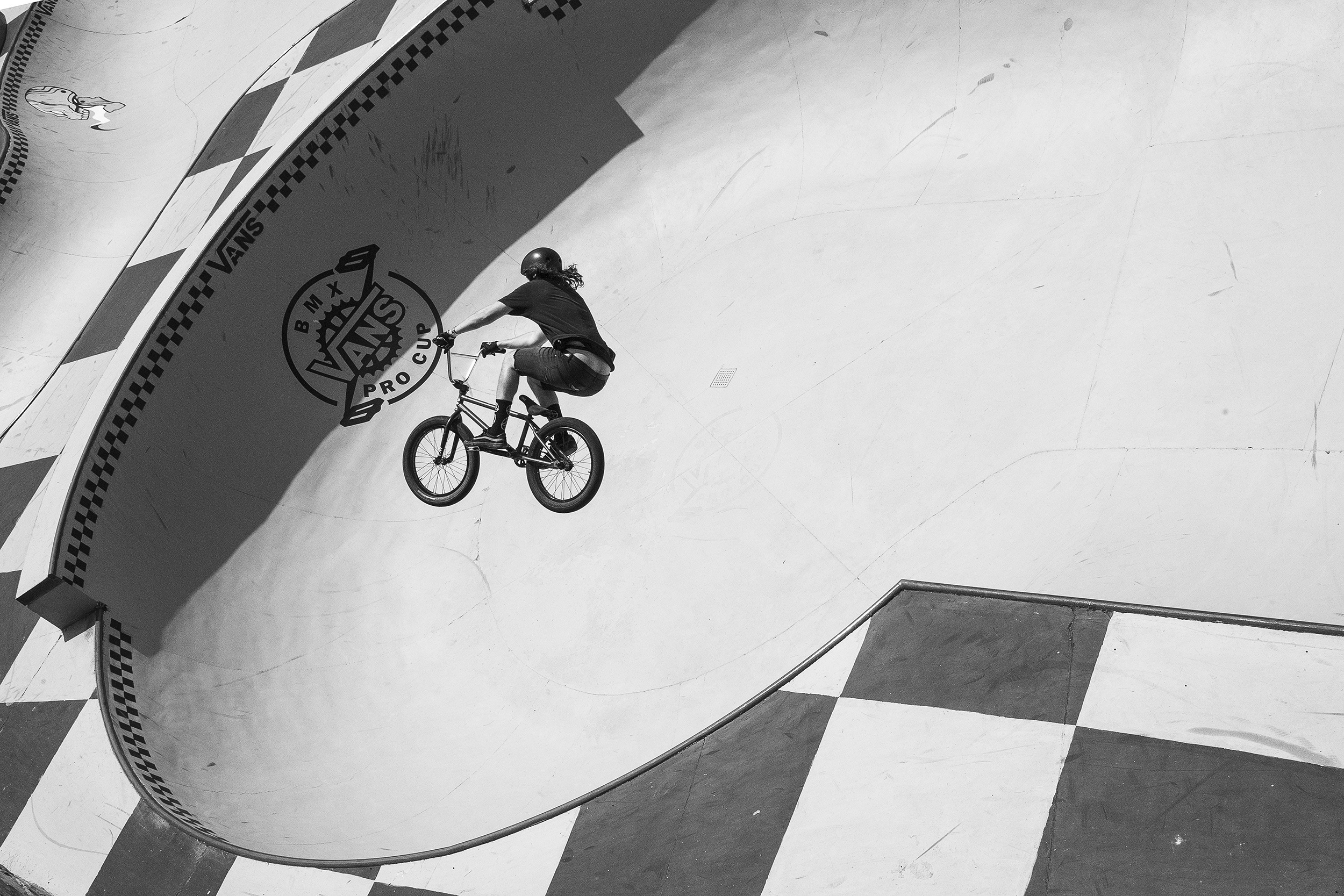 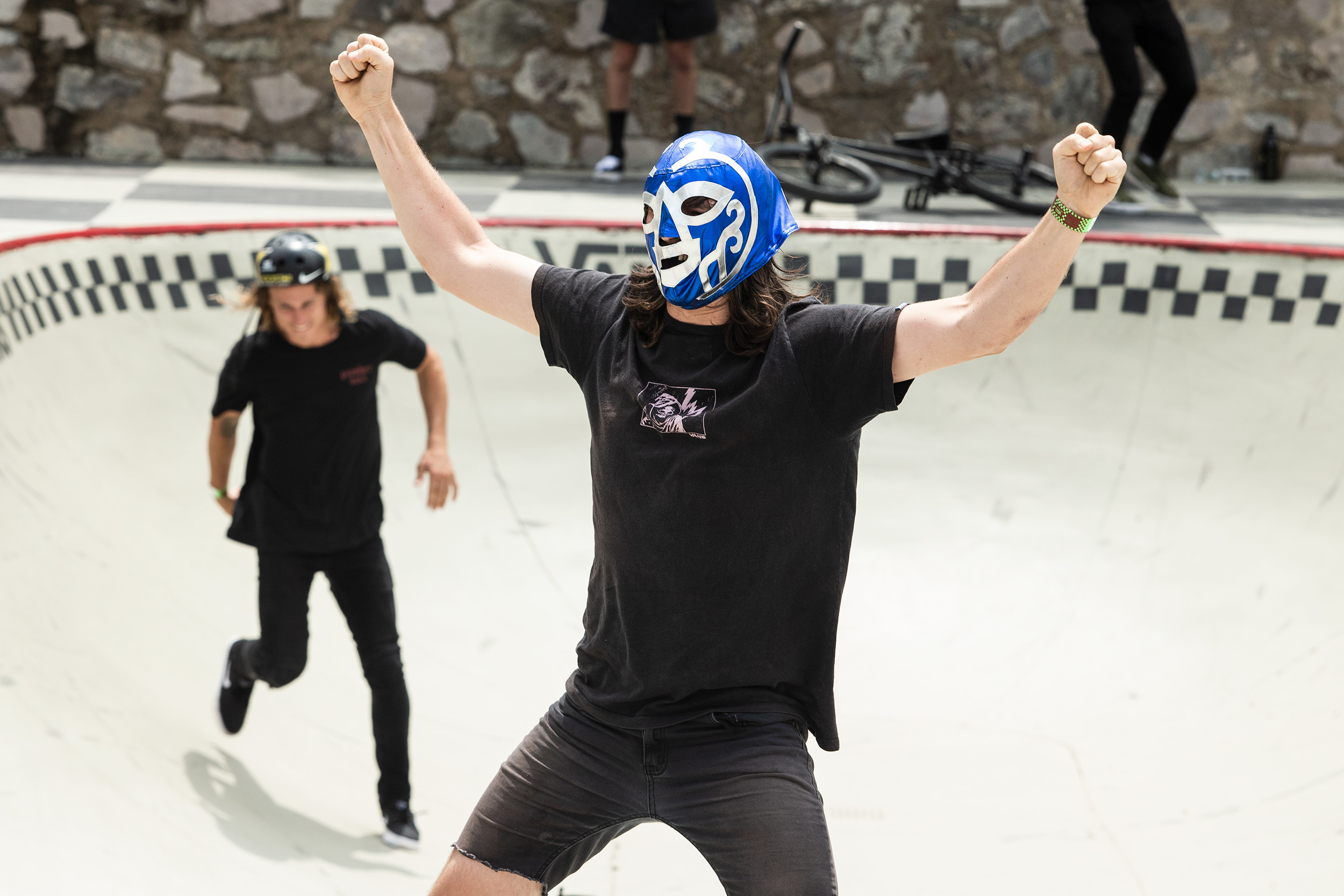 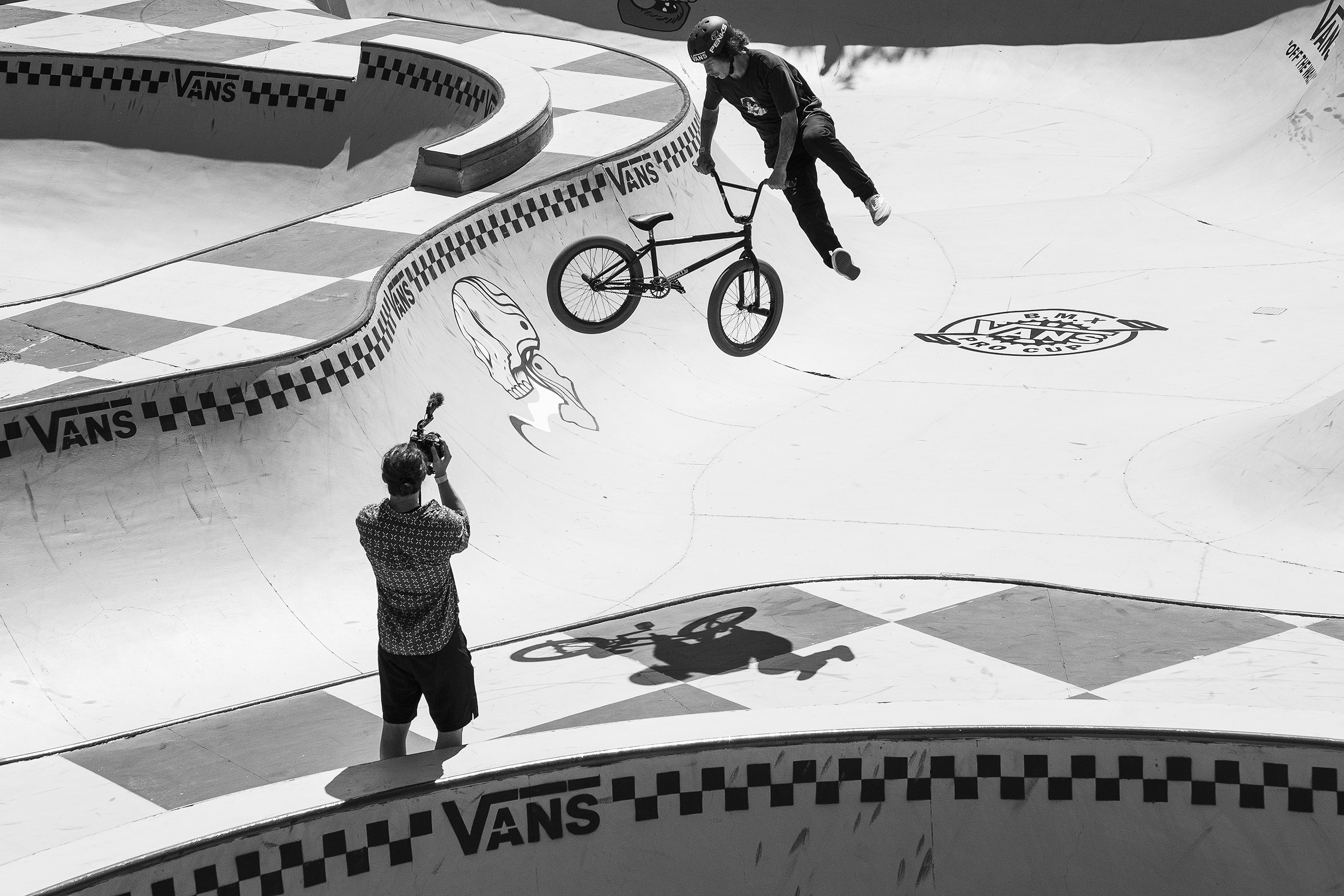 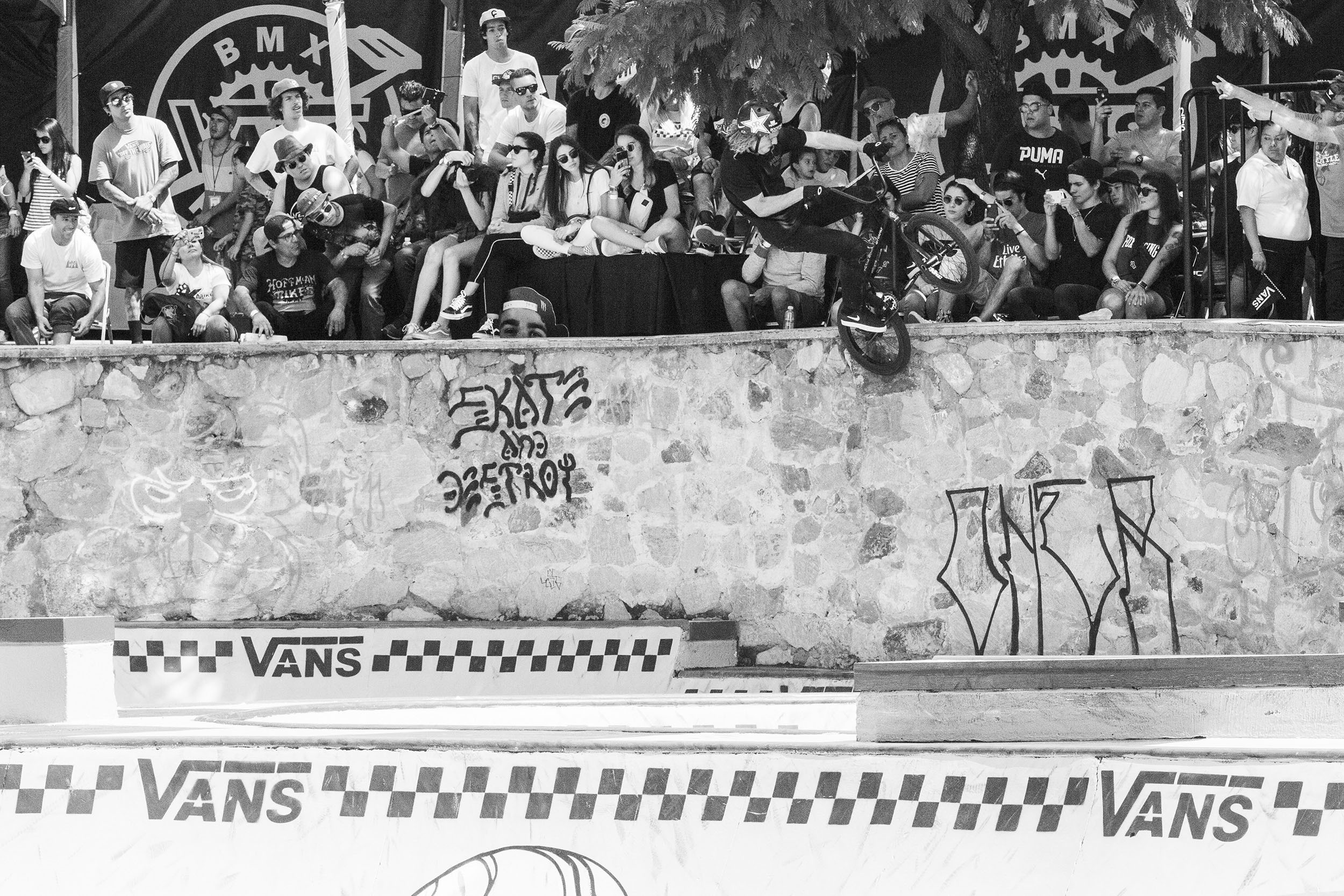 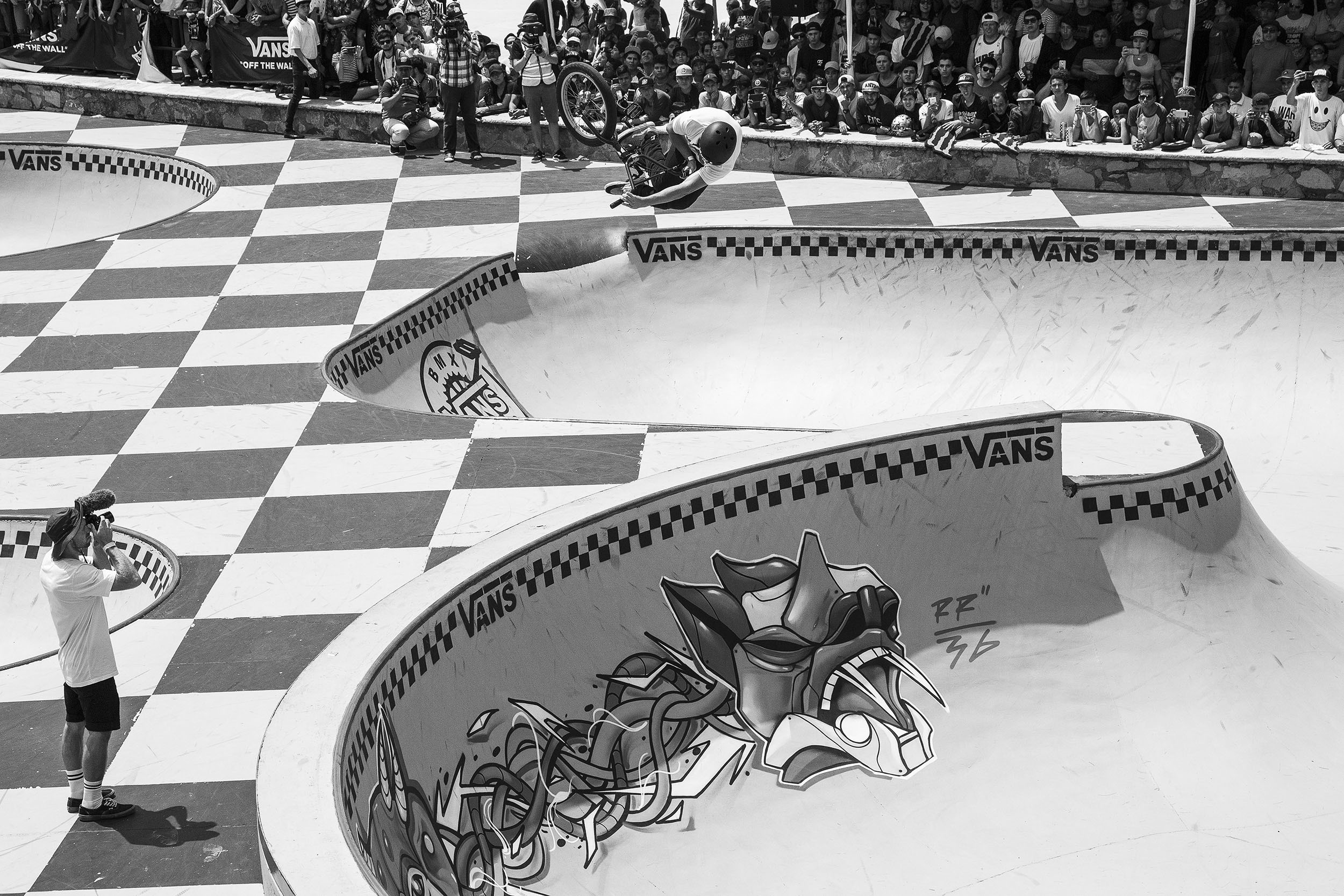 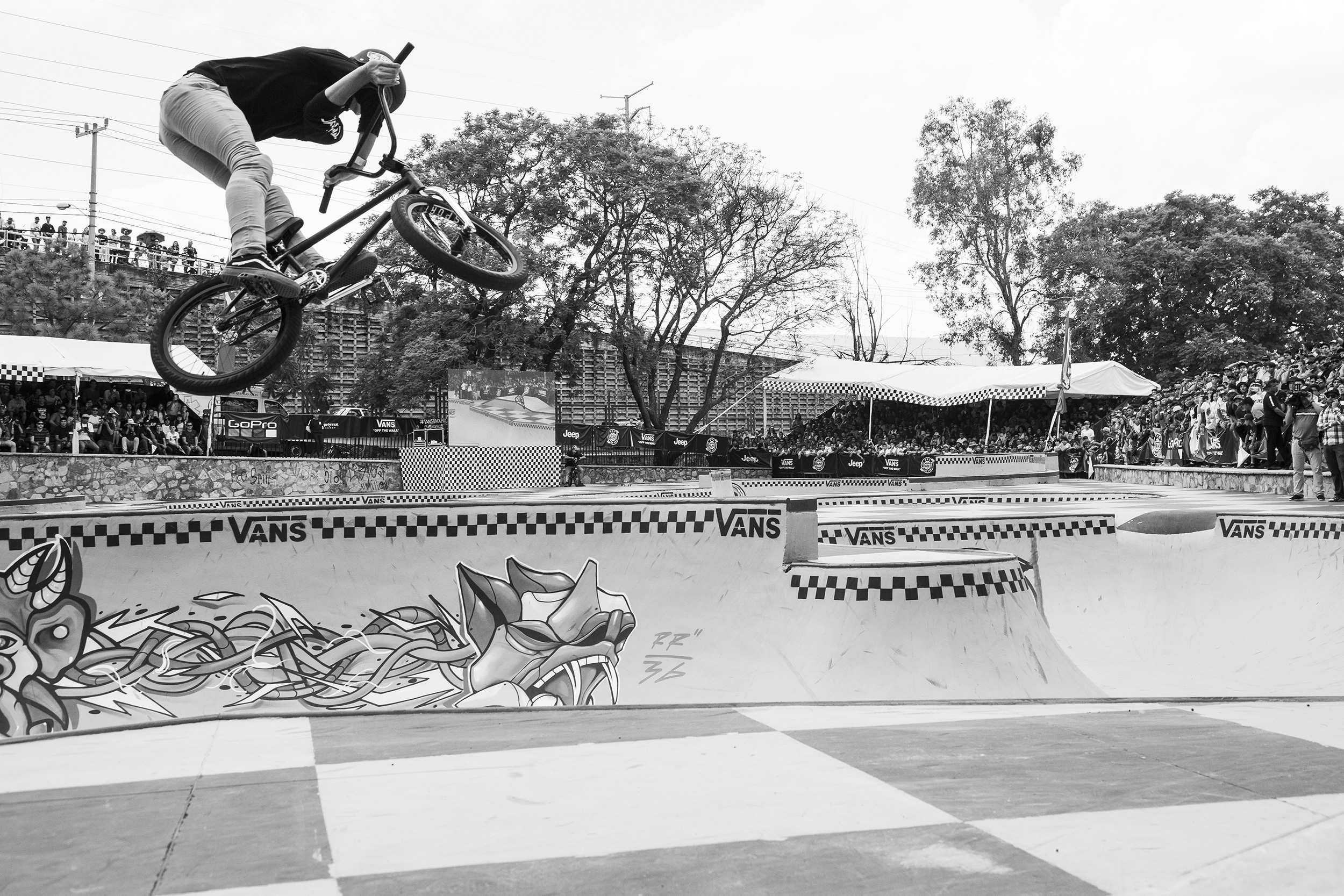 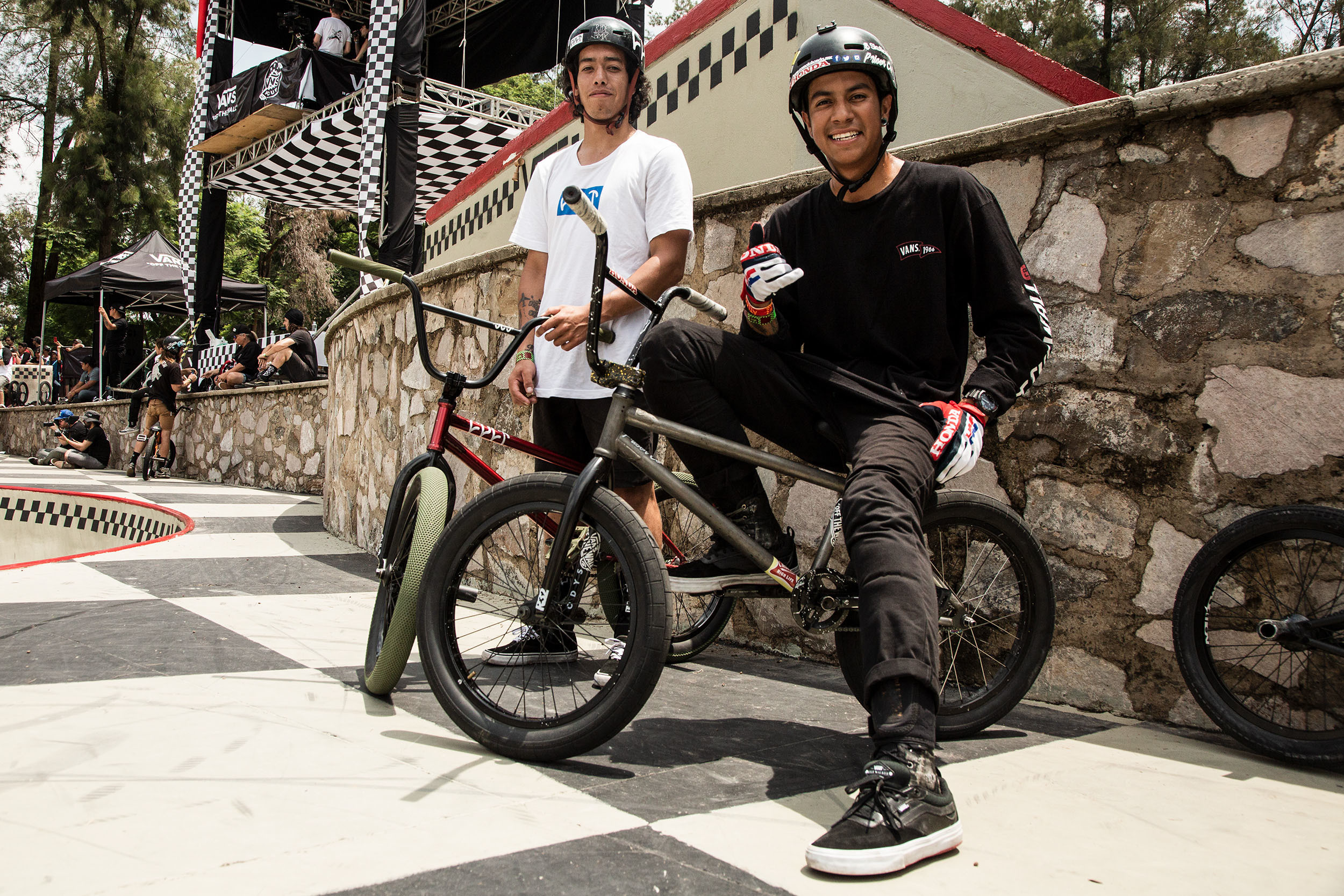 BEST TRICK – Sergio Layos with his 360 transfer from elbow to spine
BEST LINE – Gary Young with a step-up gap from the shallow bowl into the deep bowl, to massive table over the elbow 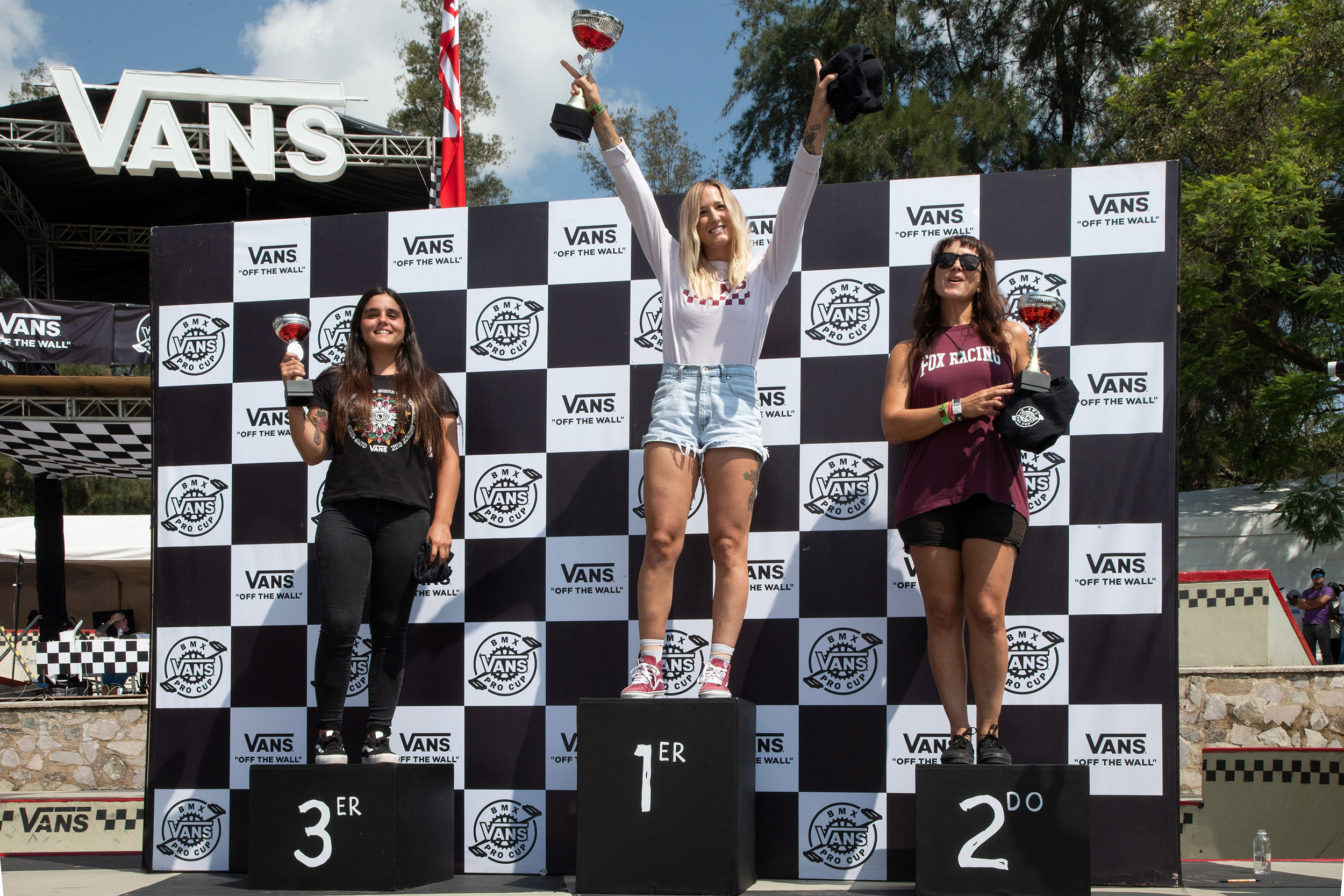 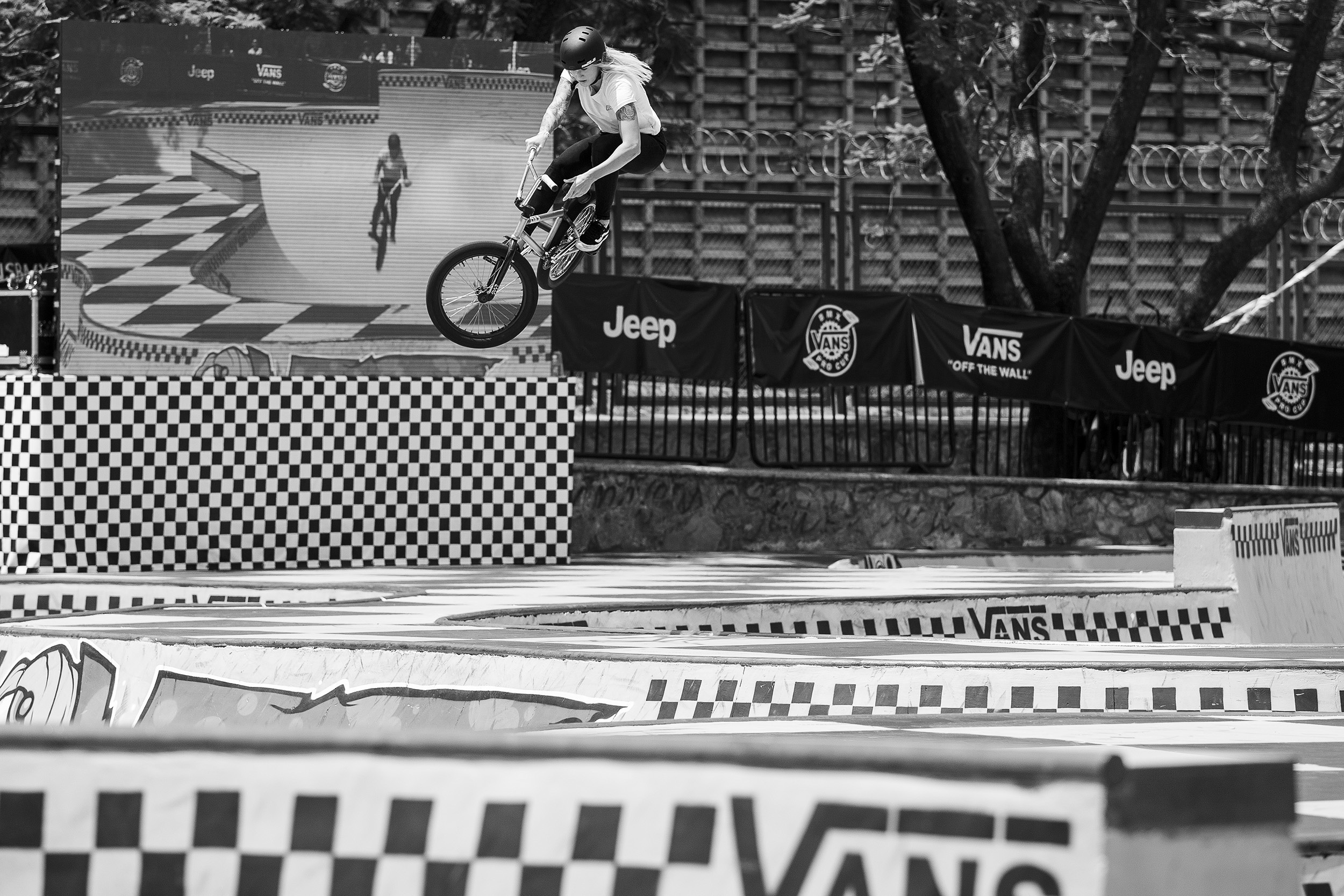 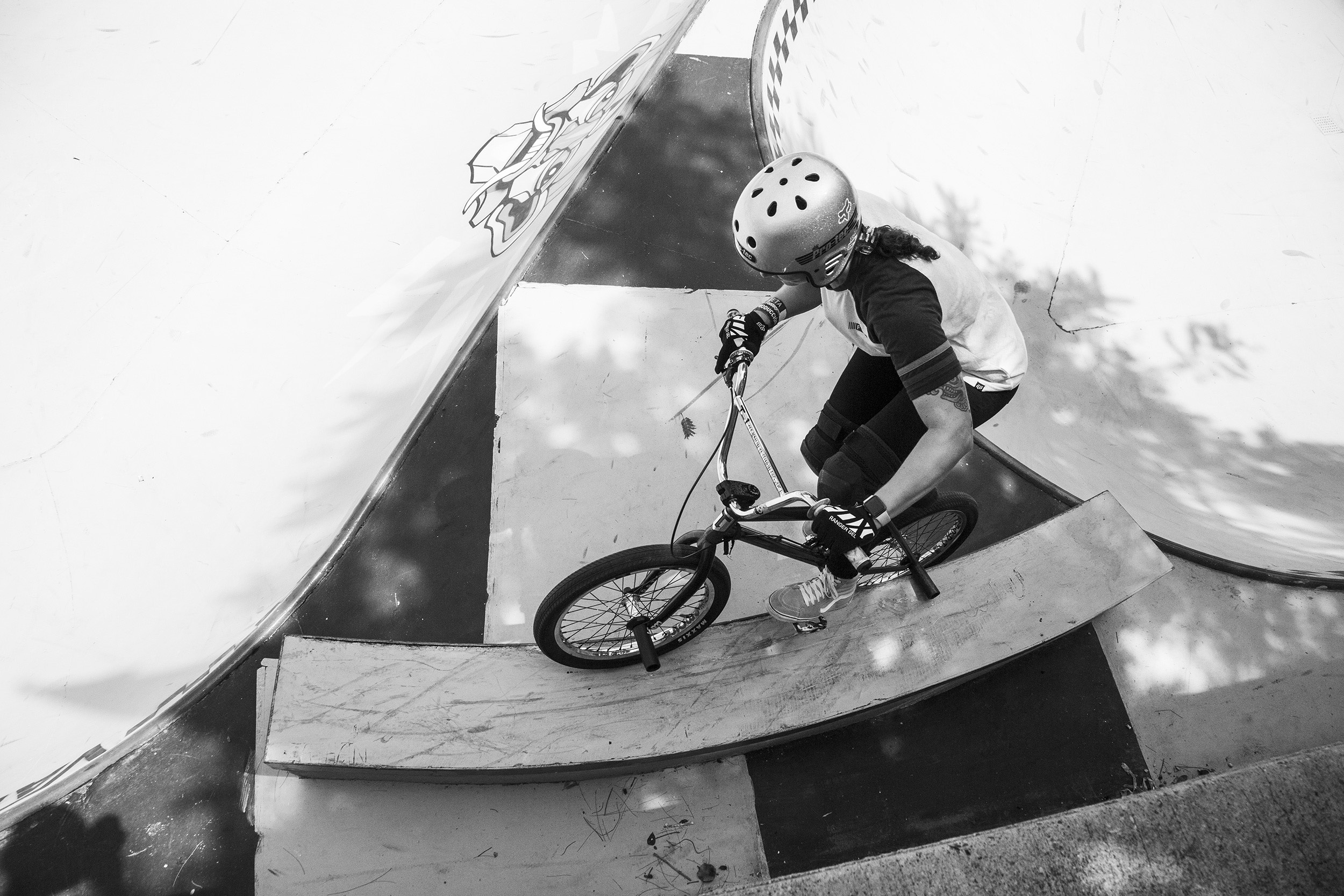 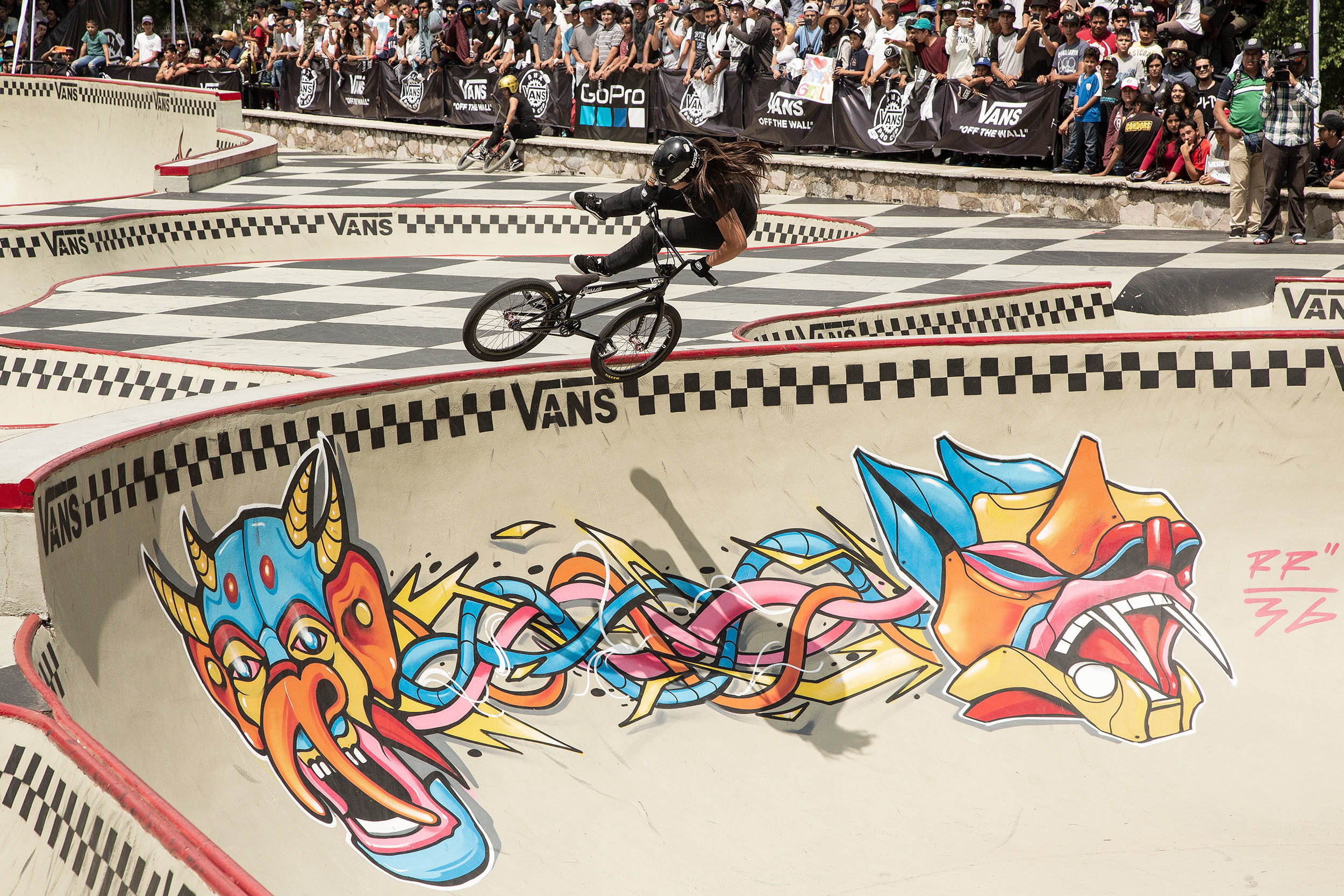 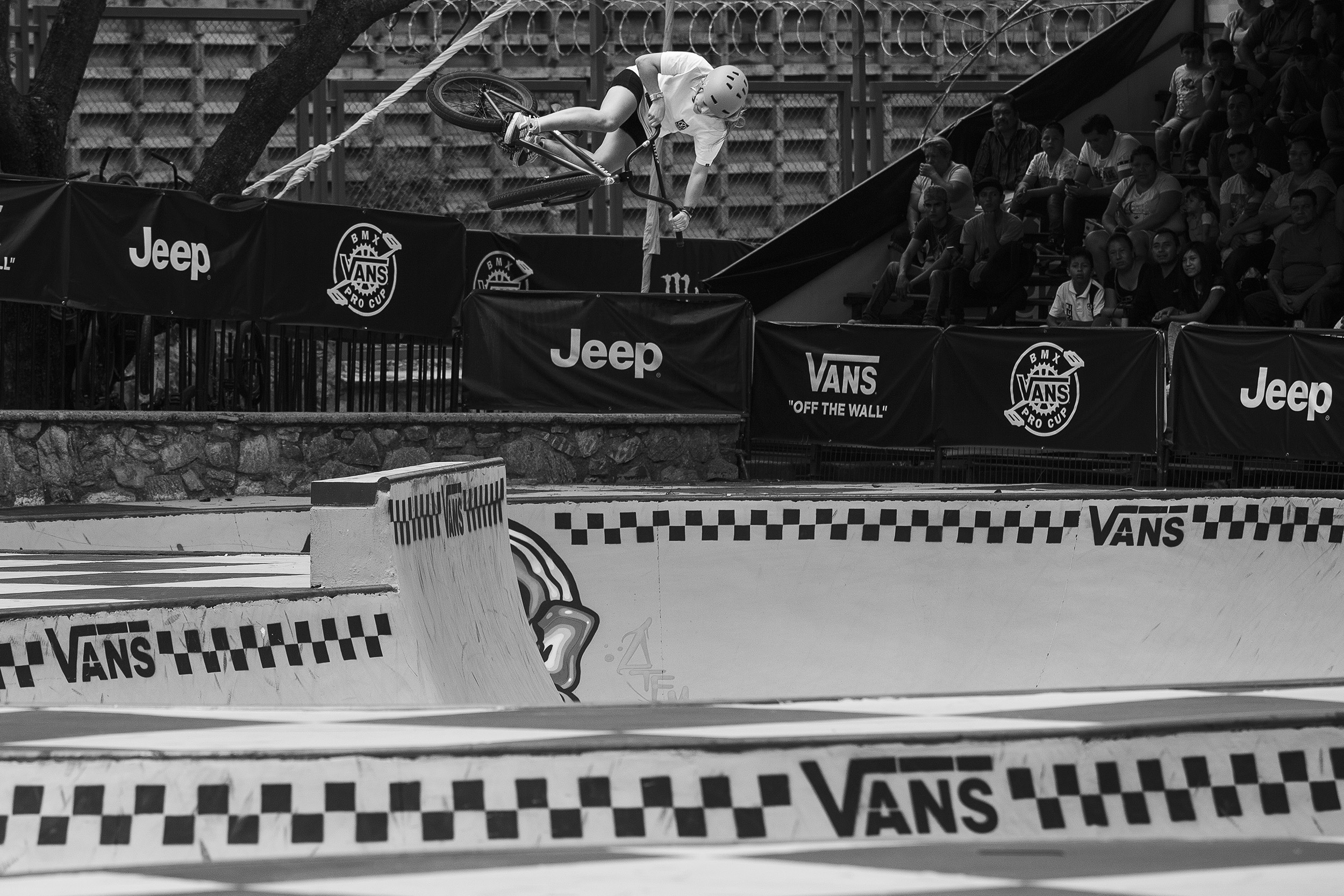 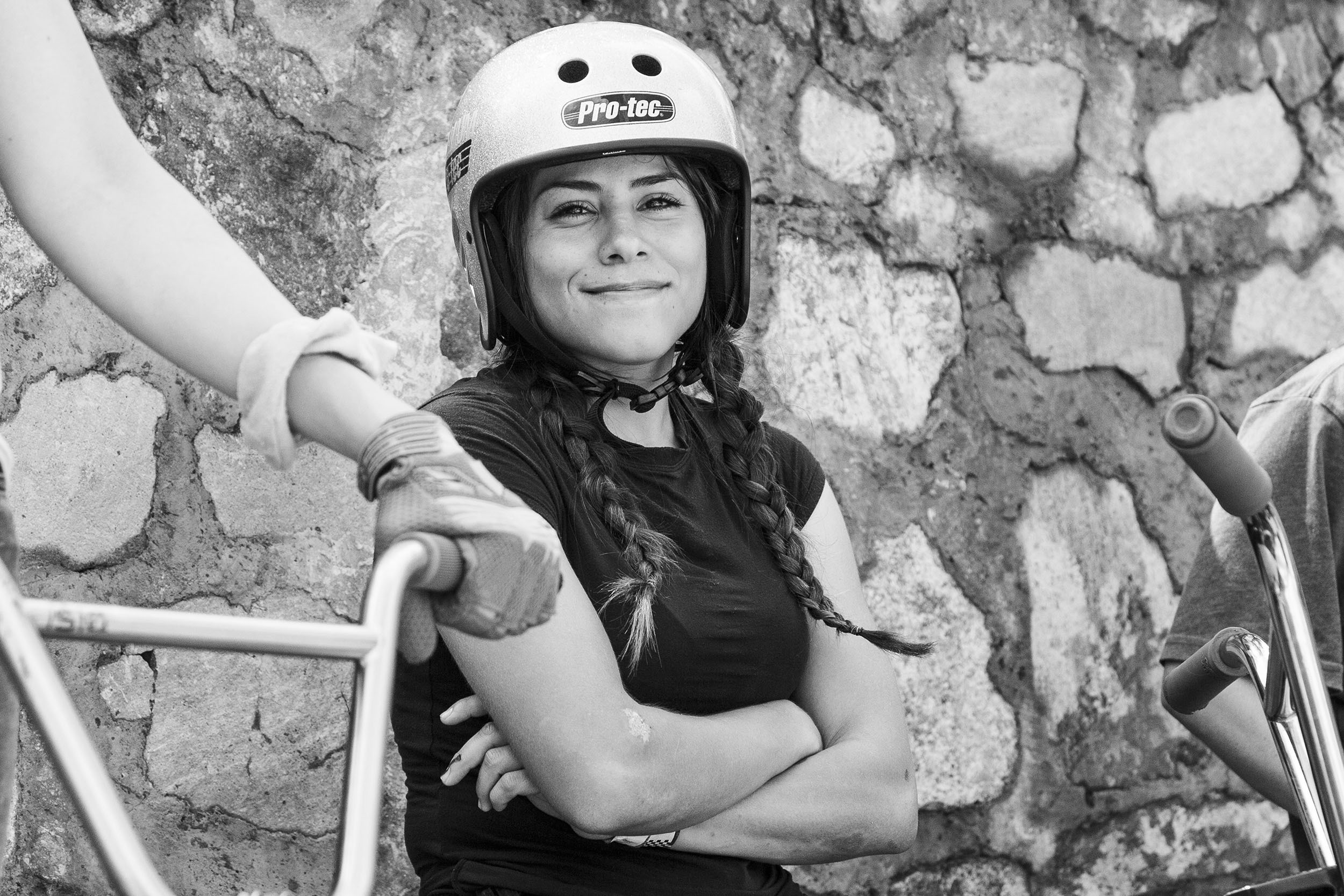 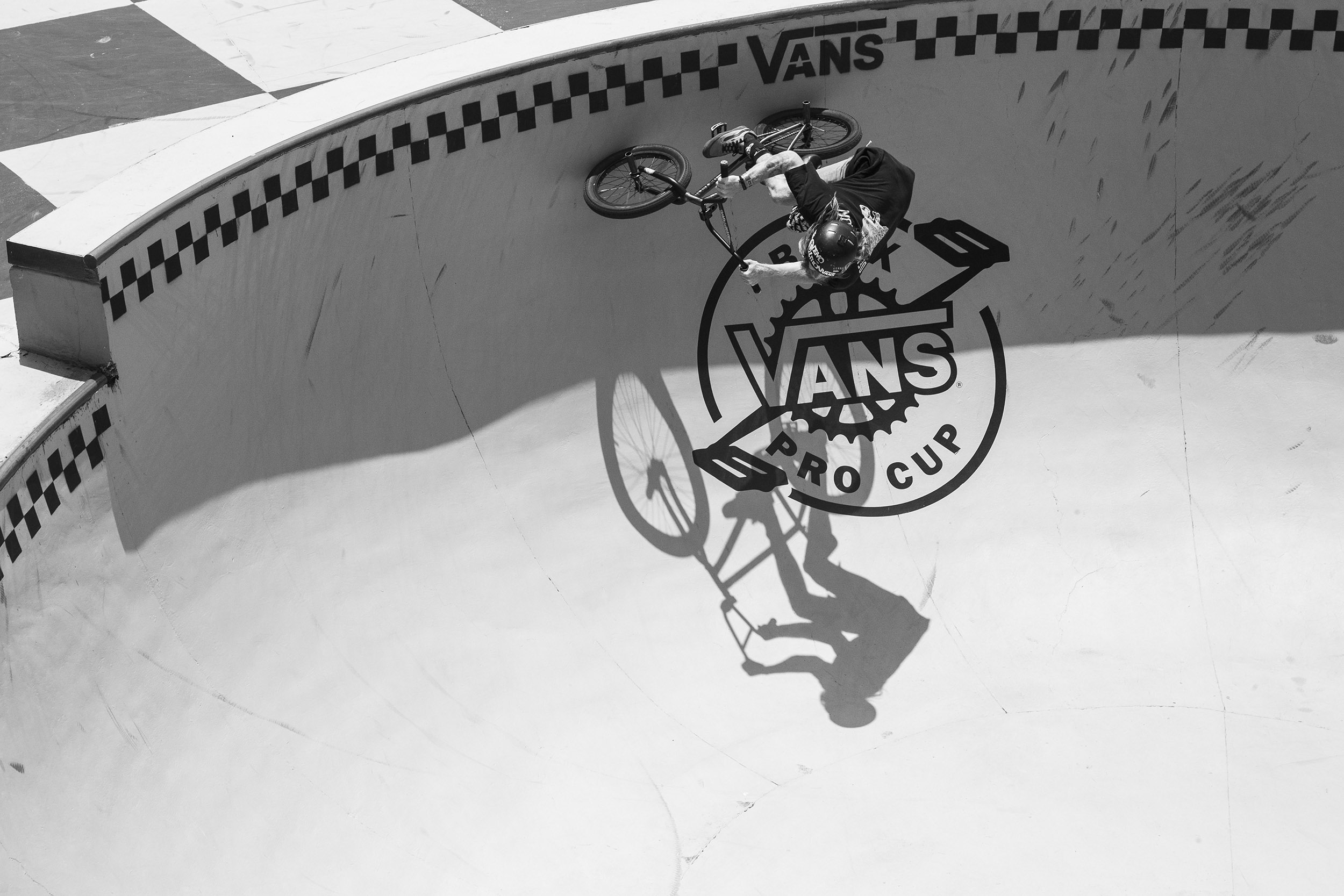 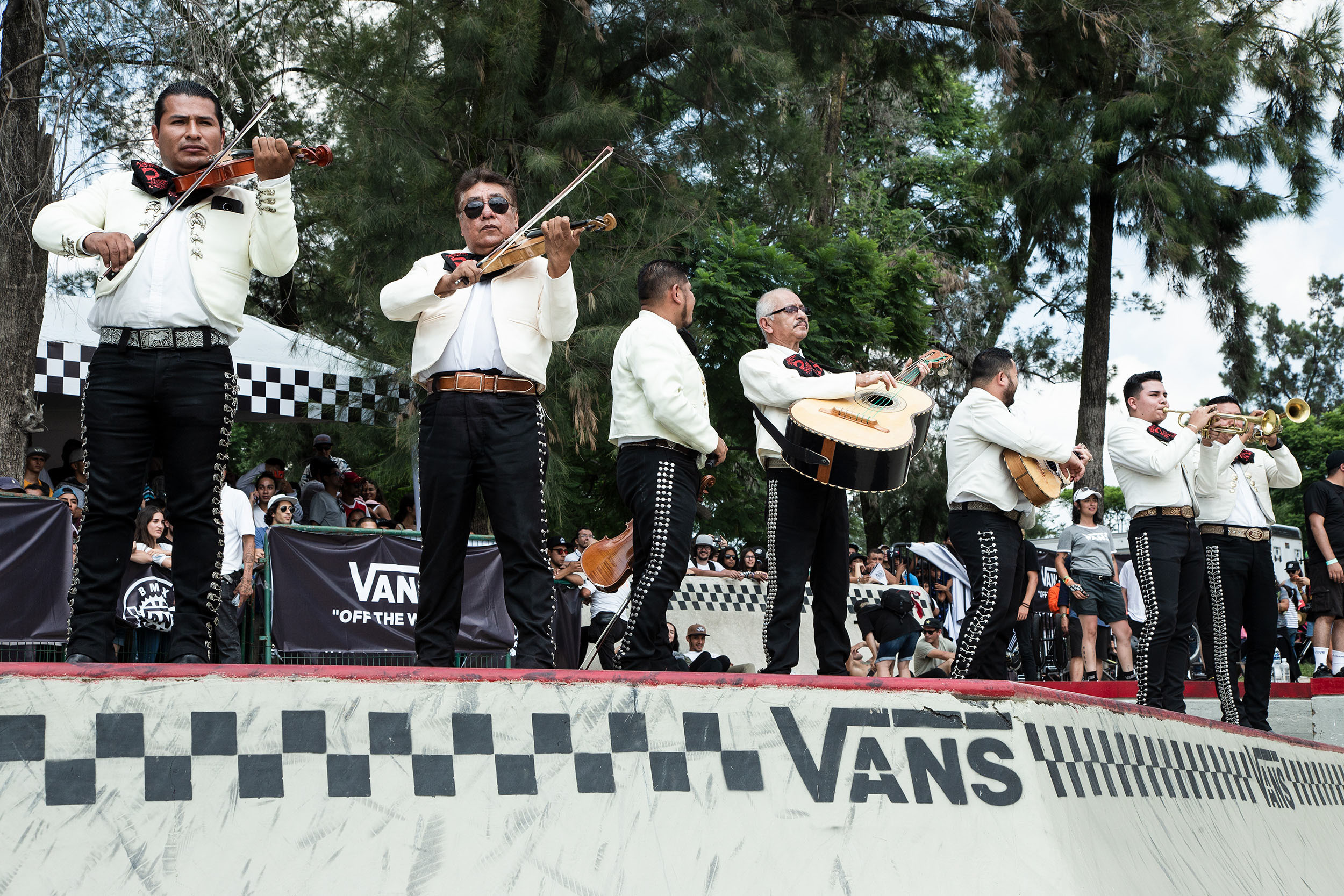 Photos by Rob Dolecki
Check out the full photo galleries and videos at vansbmxprocup.com.