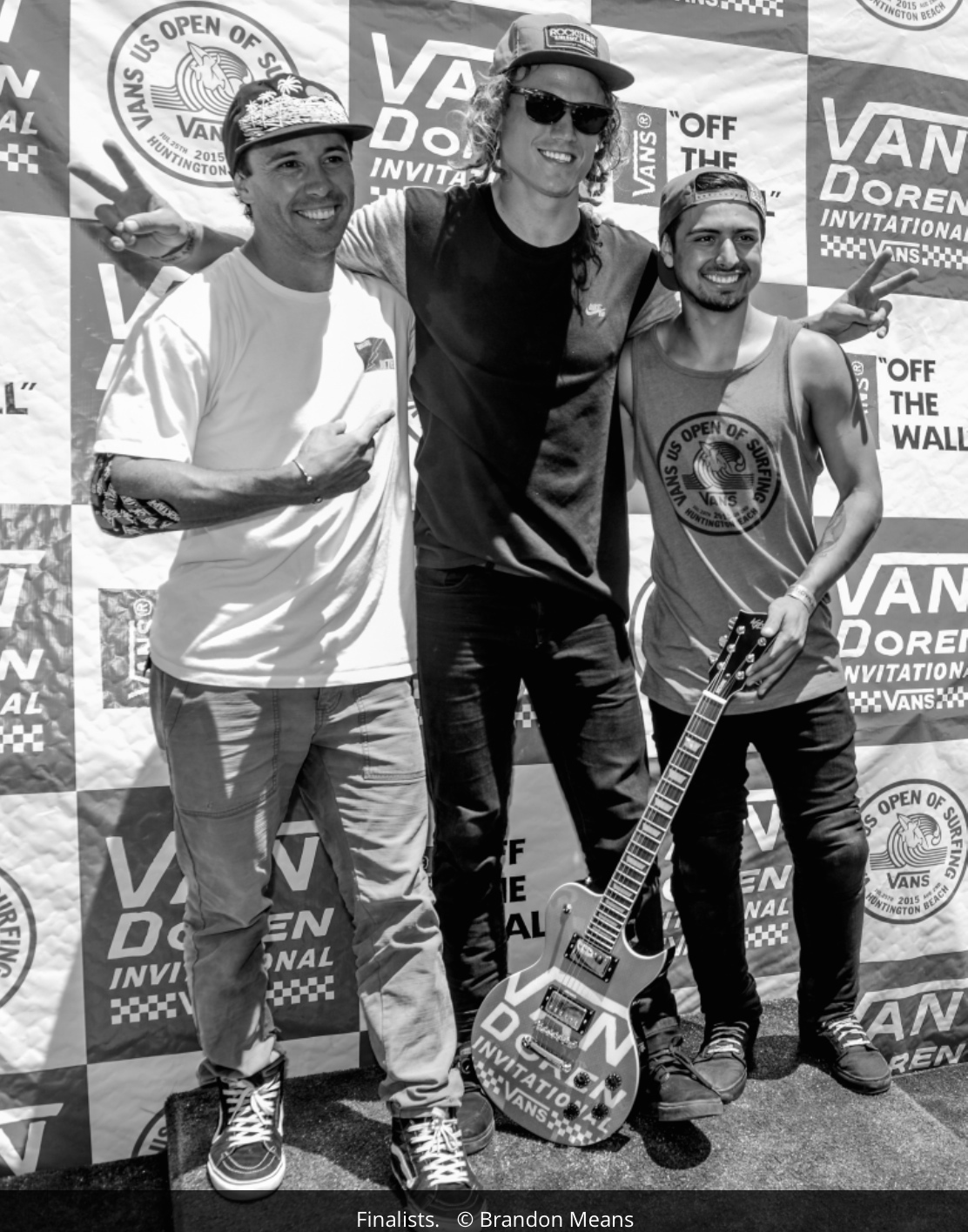 BMX FINAL Recap – Sunday, August 2, 2015
The 2015 edition of the Van Doren Invitational BMX was the best one yet. Riders from all over the world converged in Huntington Beach for the event that manages to maintain the highest level of riding with a pool party vibe.

Rounding out the top 5 was the nearly flawless Sergio Layos of Madrid and Larry Edgar of Corona. Sergio flowed endlessly while Larry boosted everything he did at ridiculous height.

The 2013 winner Daniel Sandoval of Corona returned to the podium in 2015, placing 3rd on the strength of an incredible 3rd run. His level of difficulty always puts him in the mix for the win despite a couple falls. A triple whip, huge invert and clean 900 were included in his runs packed with tricks.

Last year’s winner, Gary Young, rode clean and fast with the most original and unique lines of the comp. His downside grind around the bowl corner and San Diego style tabletops landed him in 2nd place.

Speaking of San Diego, Dennis Enarson did his hometown proud with runs filled with variety, flow and a ridiculous whip transfer from the deep end all the way over the elbow. He missed last year’s final with a last minute injury after winning the prelim, but returned healthy in 2015 to take the win. The abundance of high 5’s from the other riders on the deck after his second run showed that the riders in the event felt he killed it the most.

Directly after the final, last year’s high air winner Tom Dugan took a bad slam that had everyone holding their breath. He was able to walk away, and in true BMX fashion, dropped back in a few minutes later to blast an air higher than anyone to take the win again. Awards were also given out from Friday’s prelim to Larry Edgar for Best Trick and South Africa’s Greg Illingworth for Best Line. 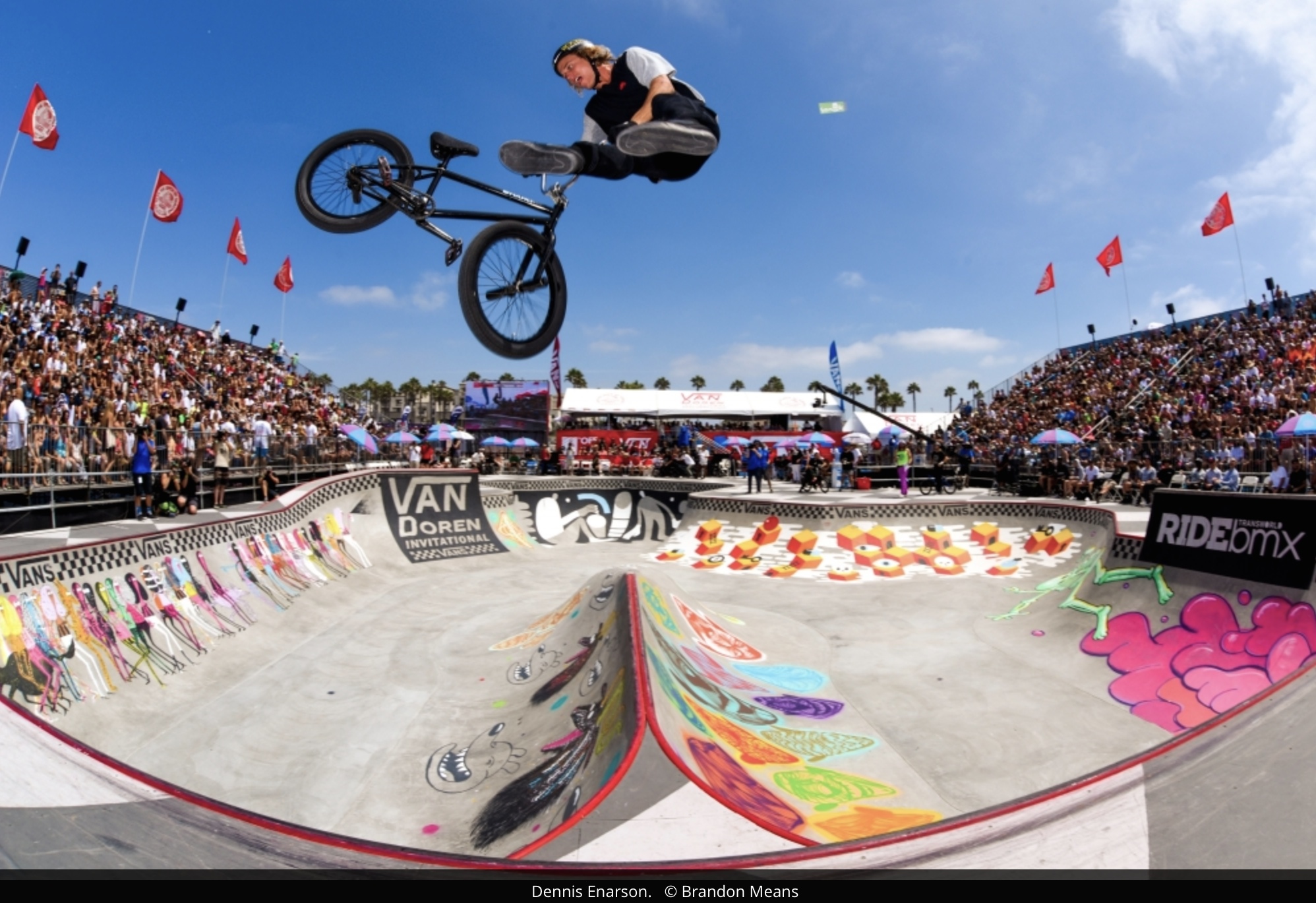 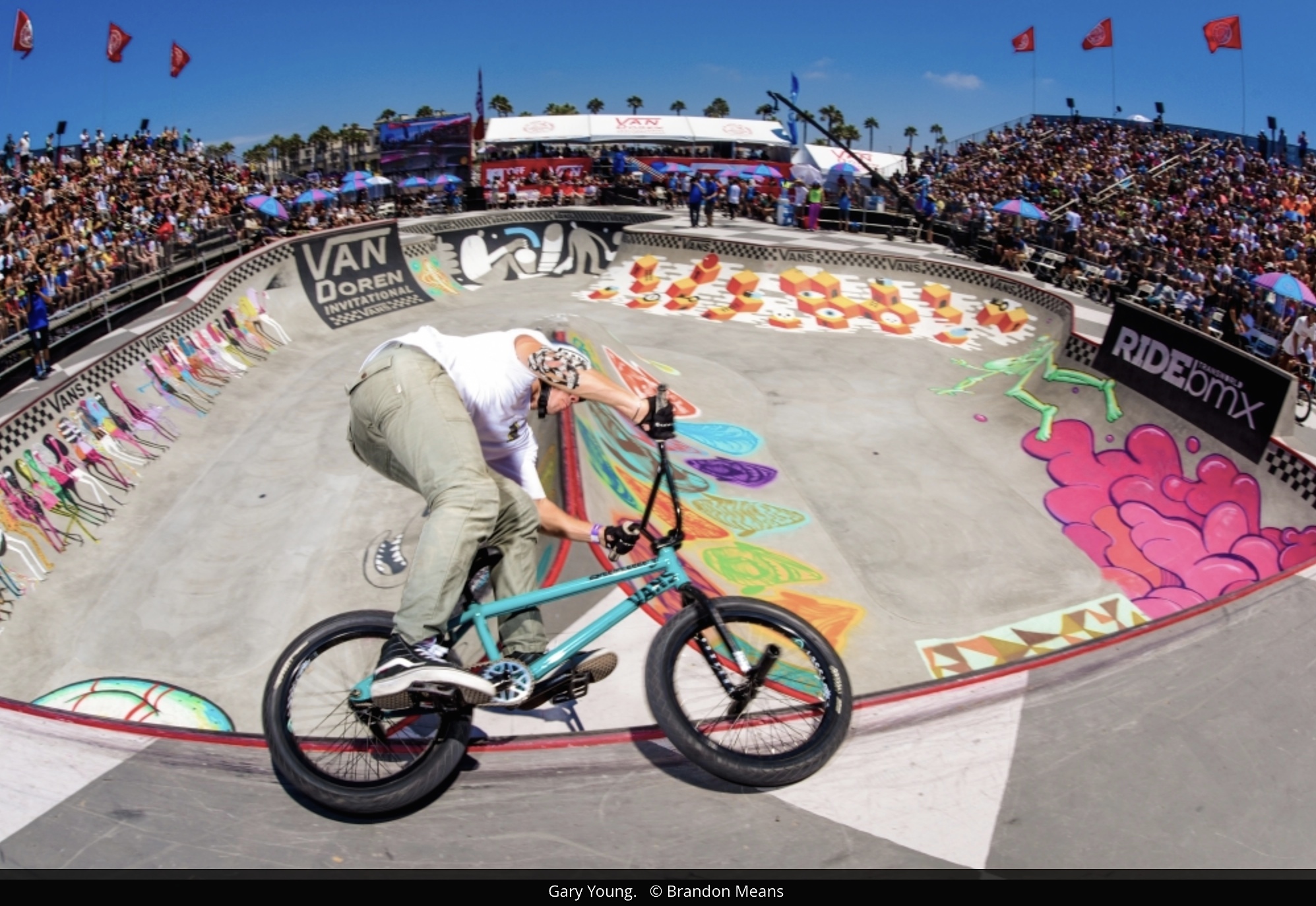 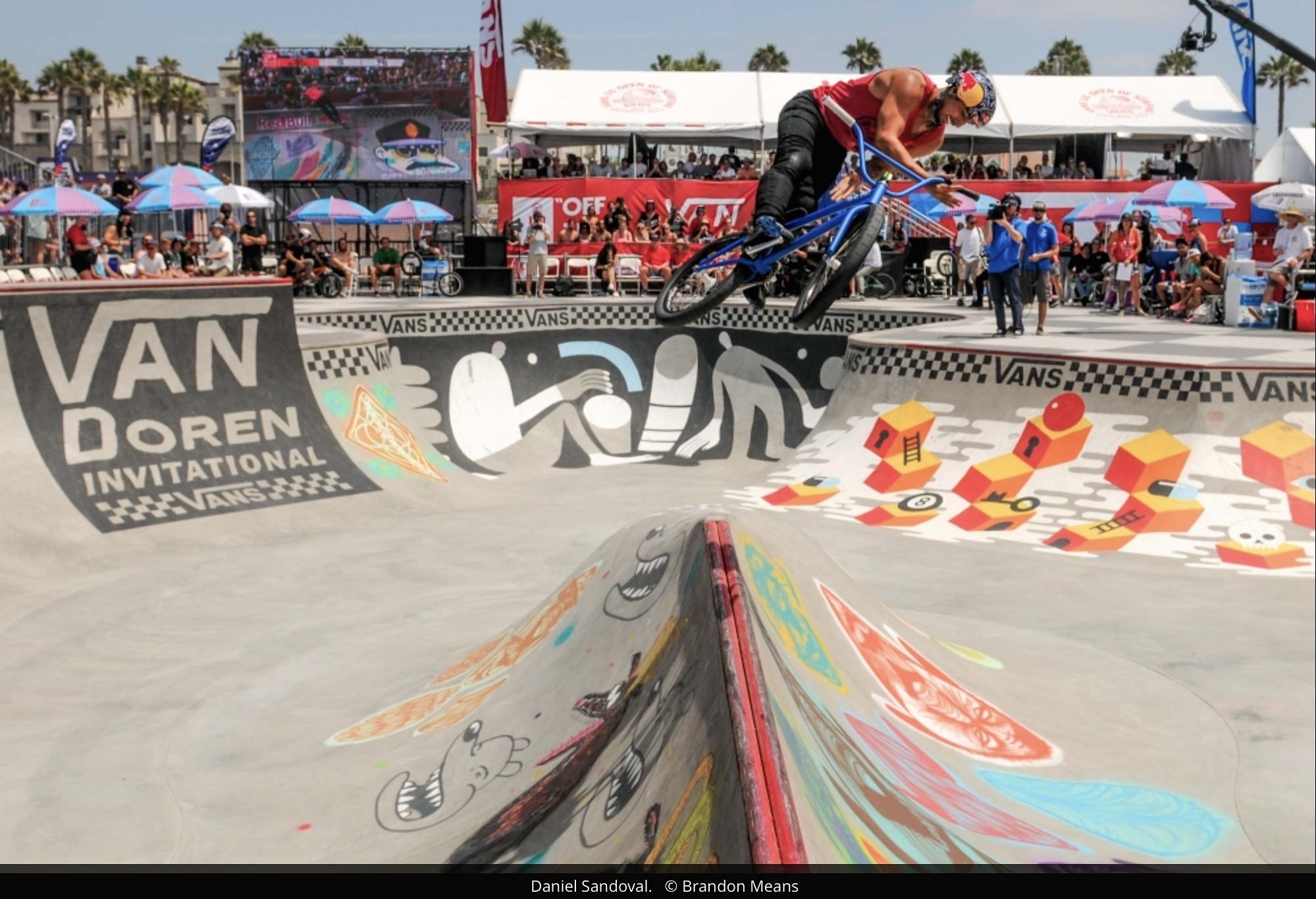 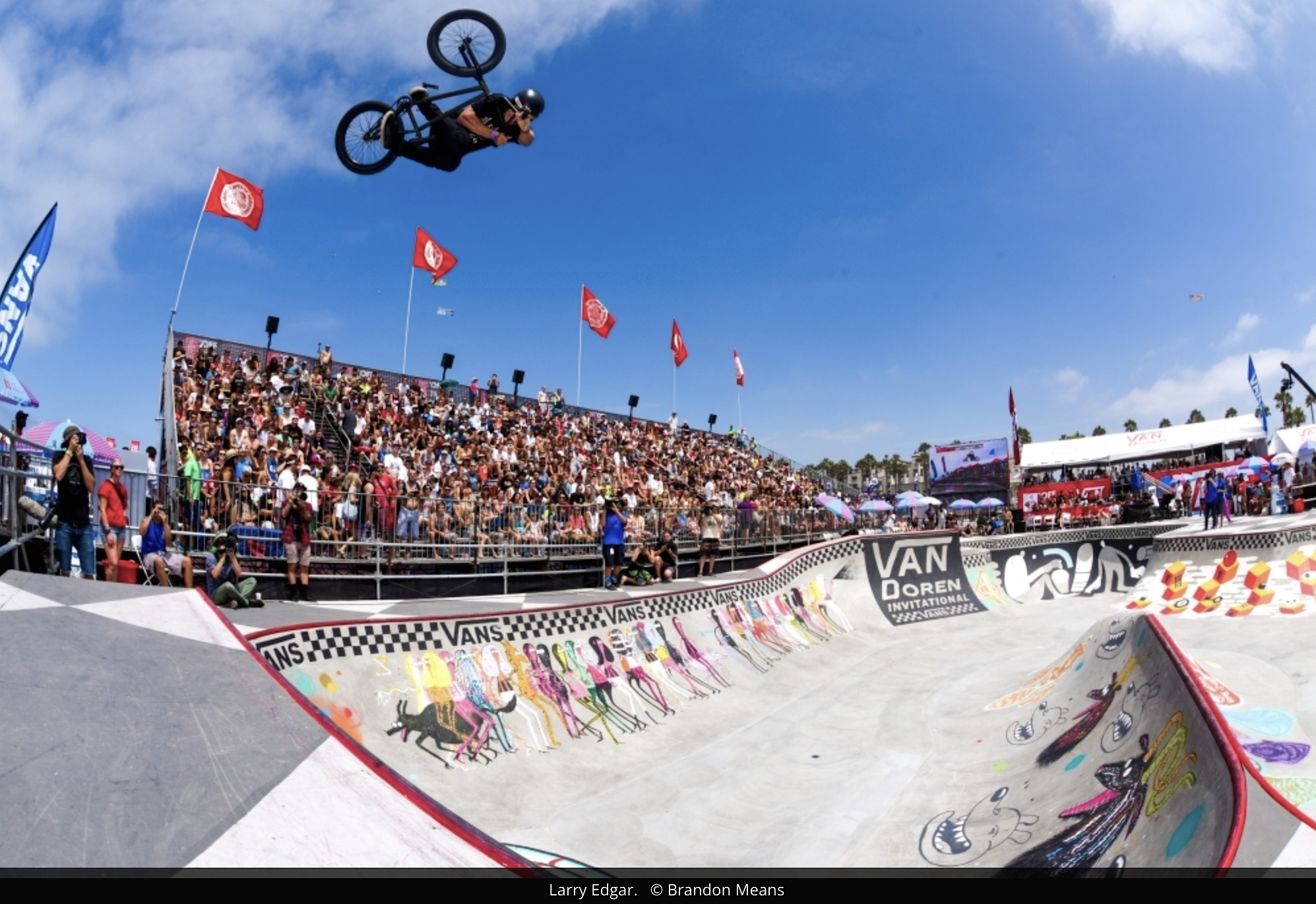 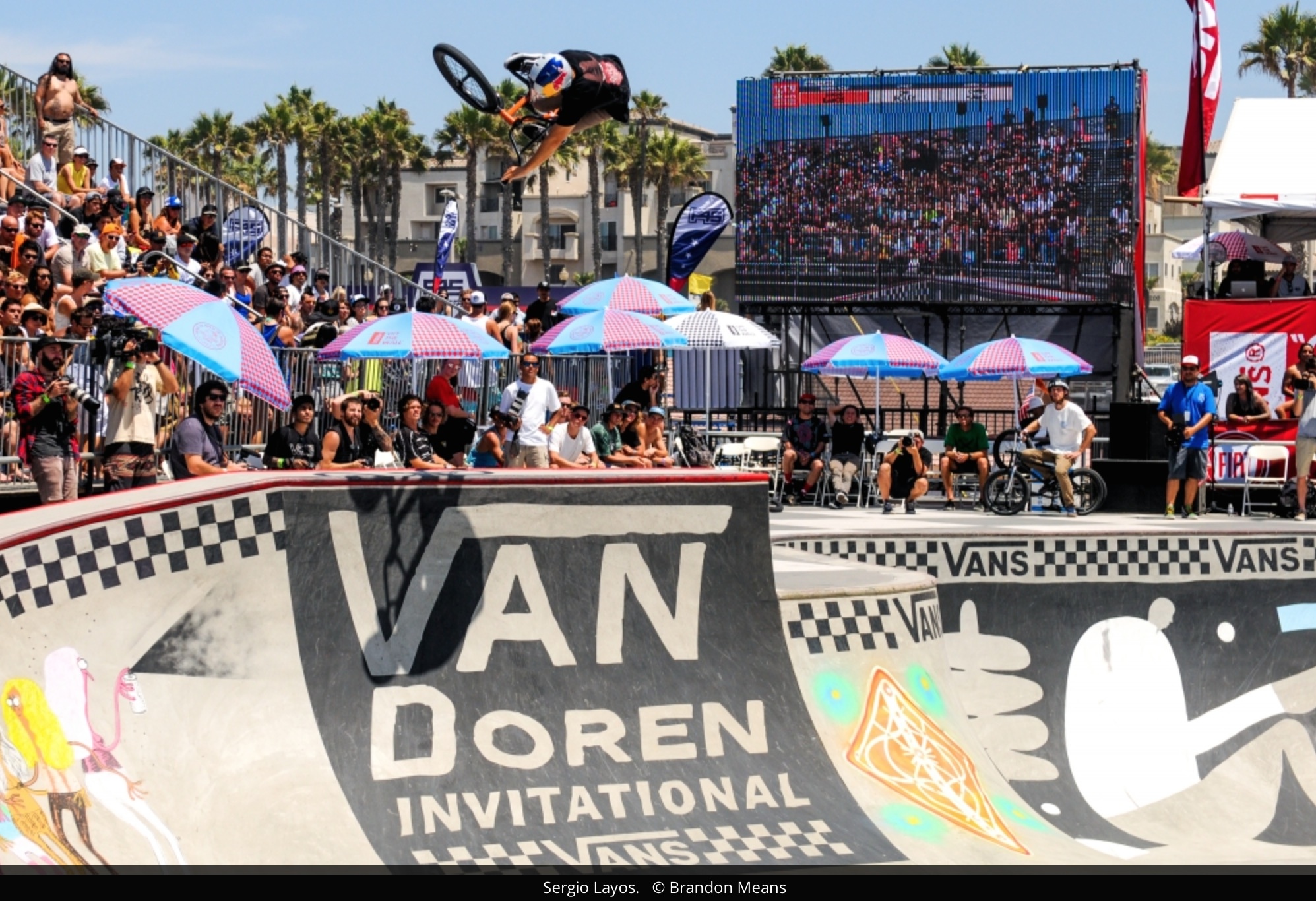 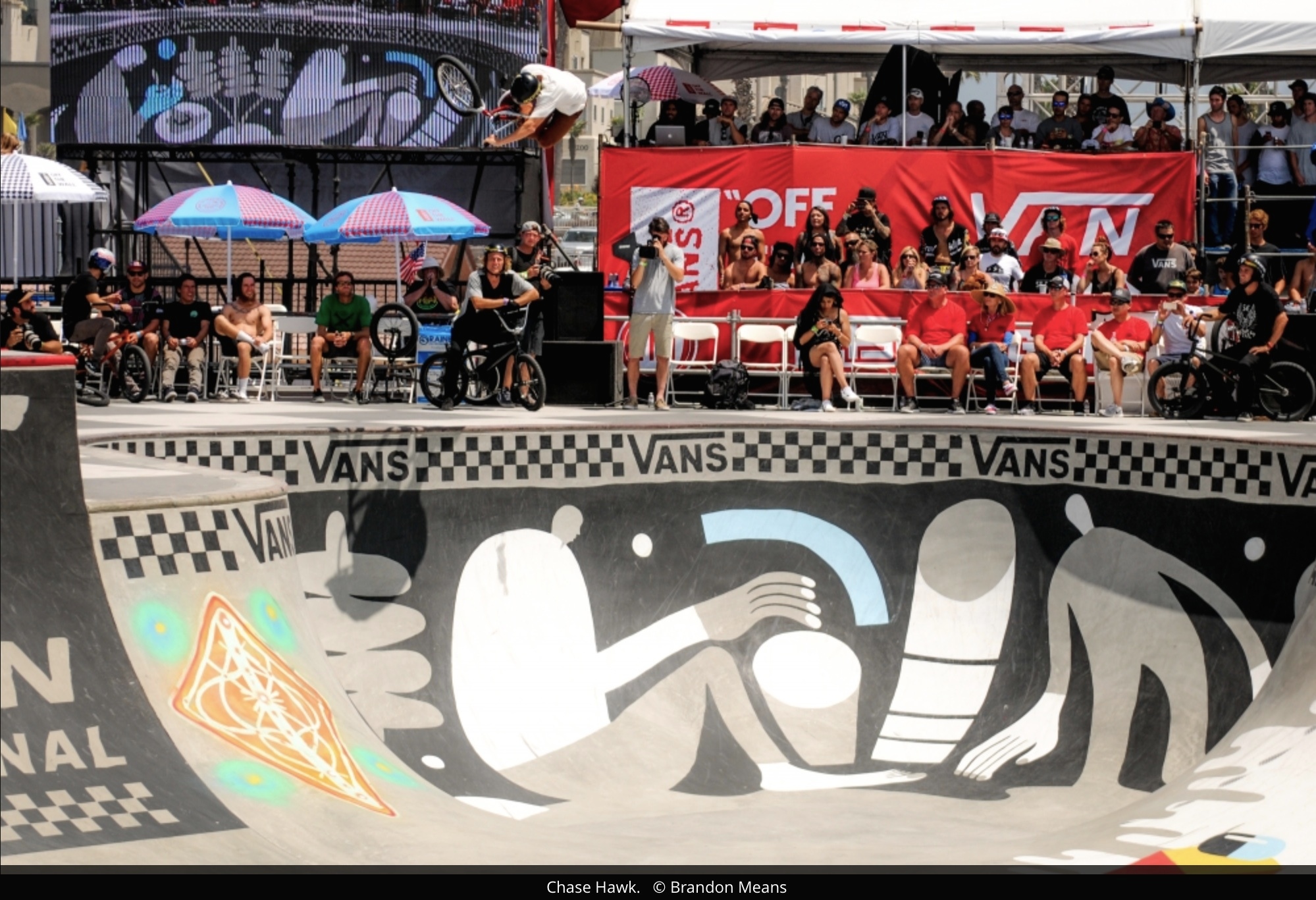 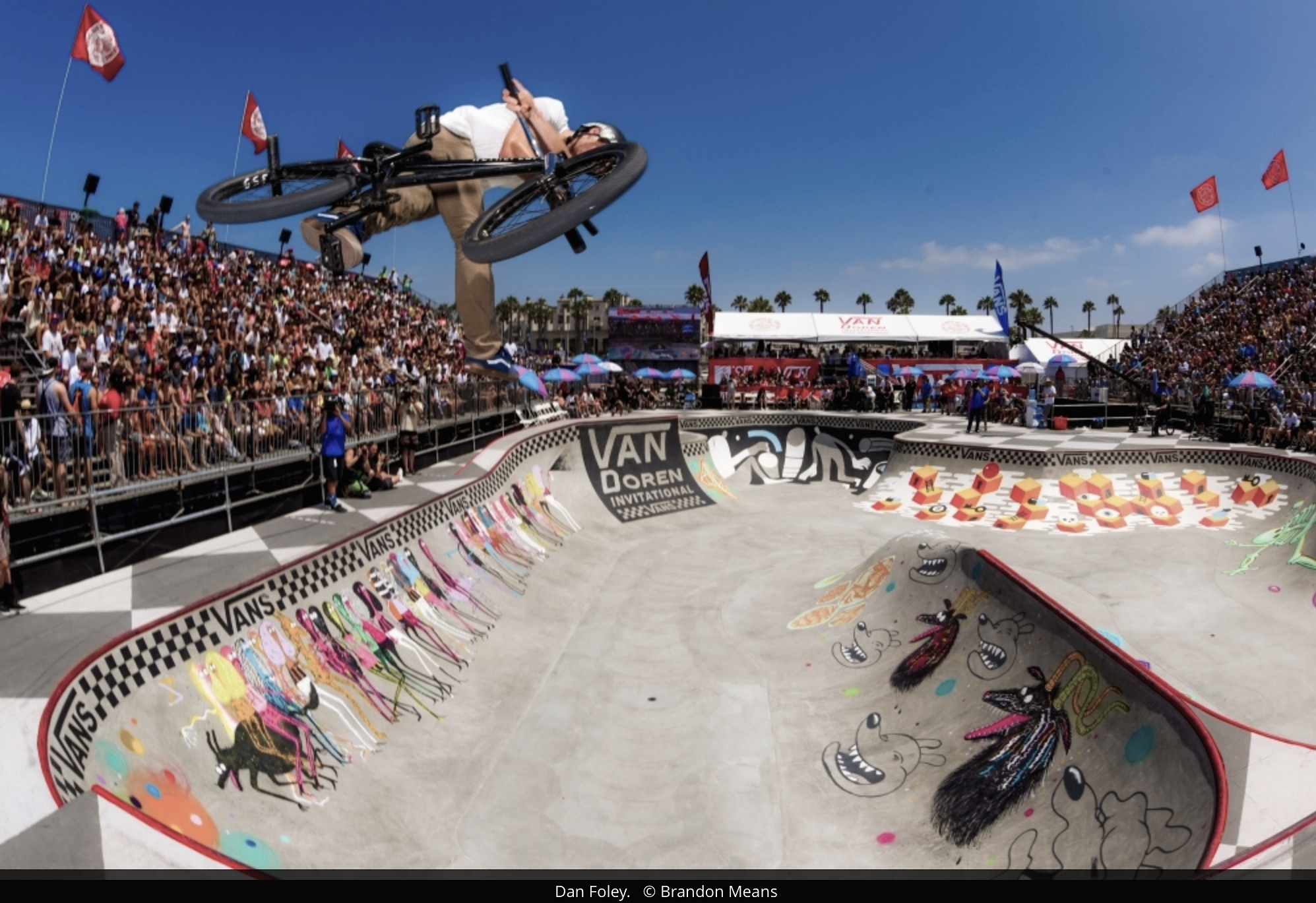 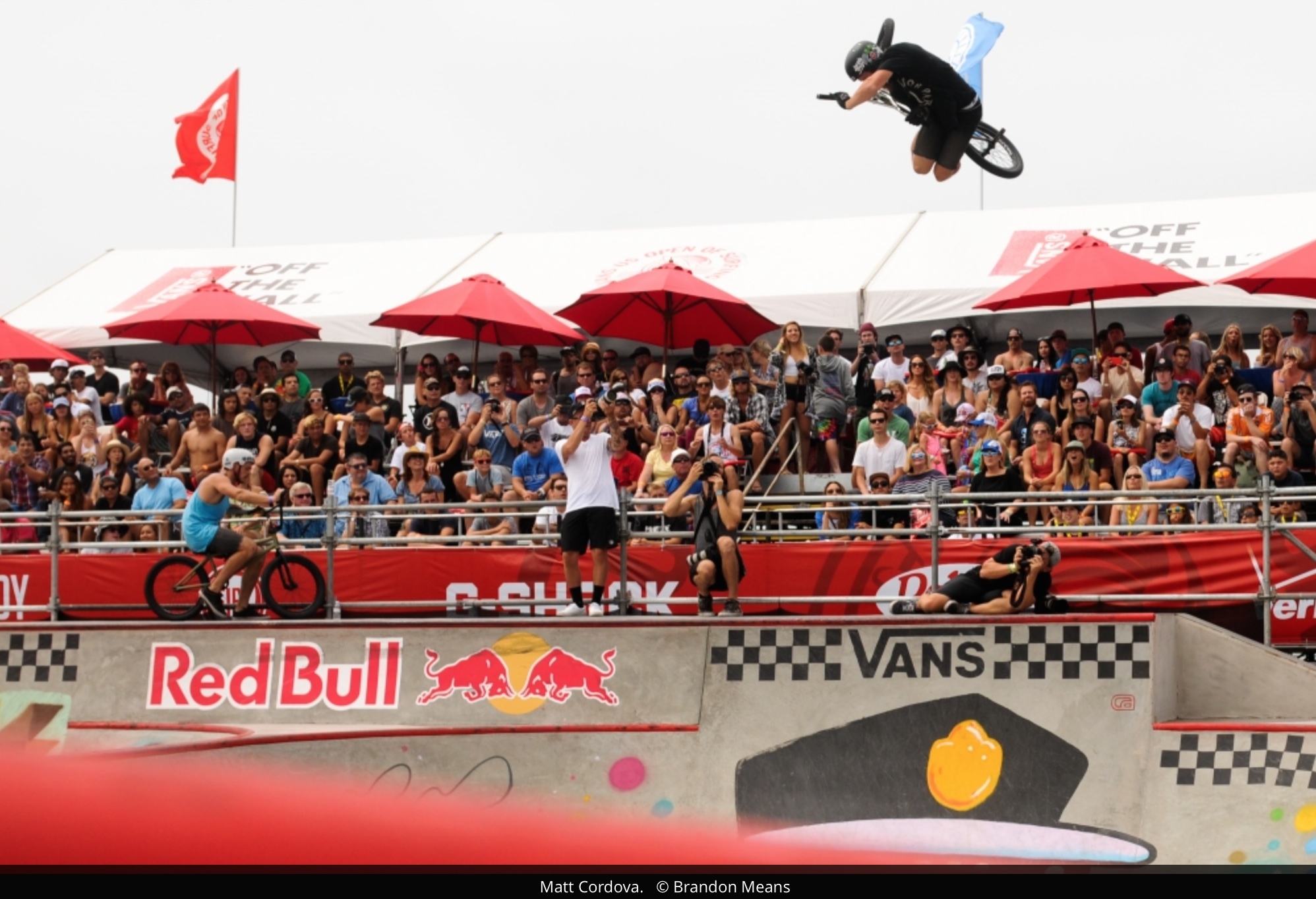 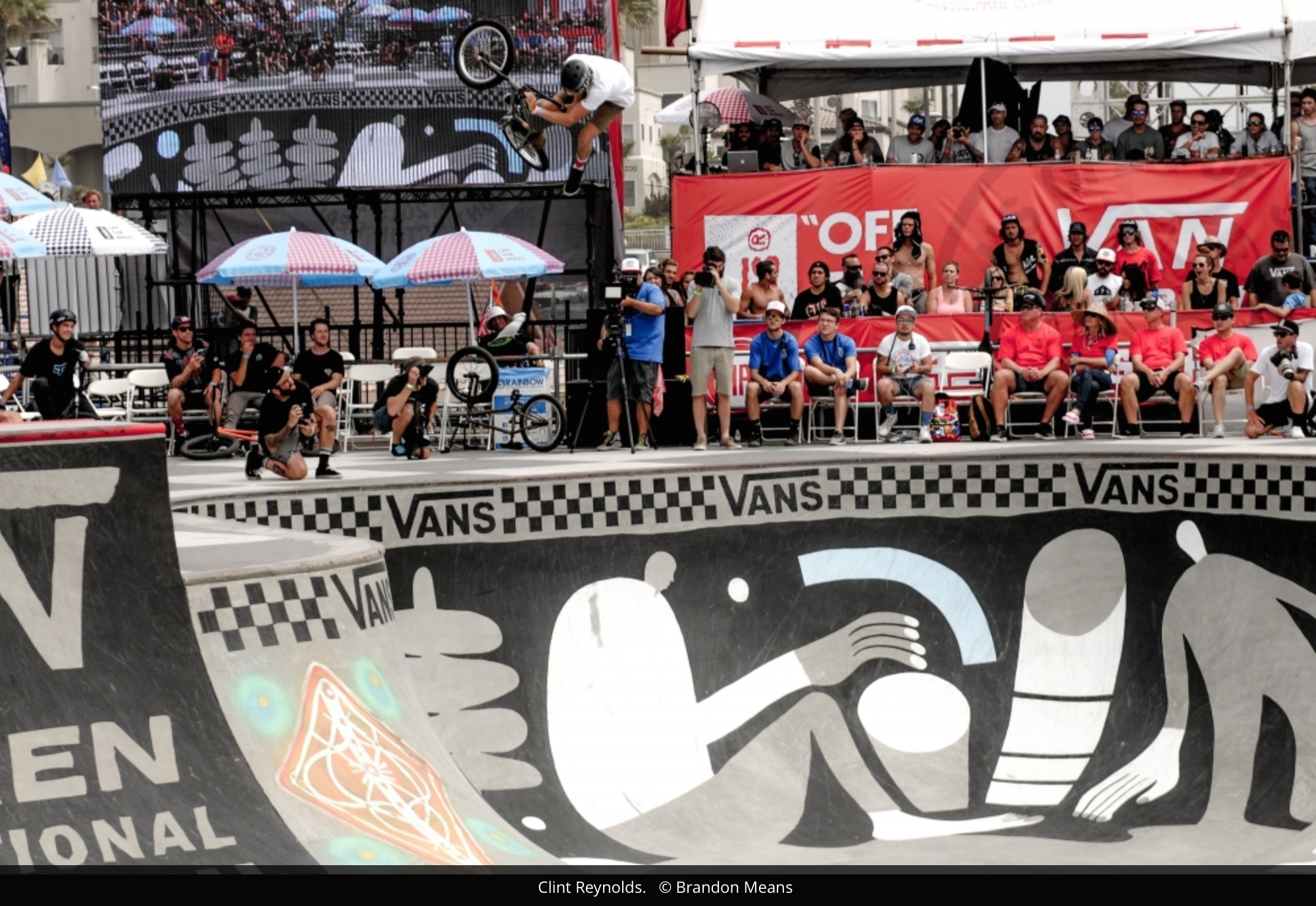 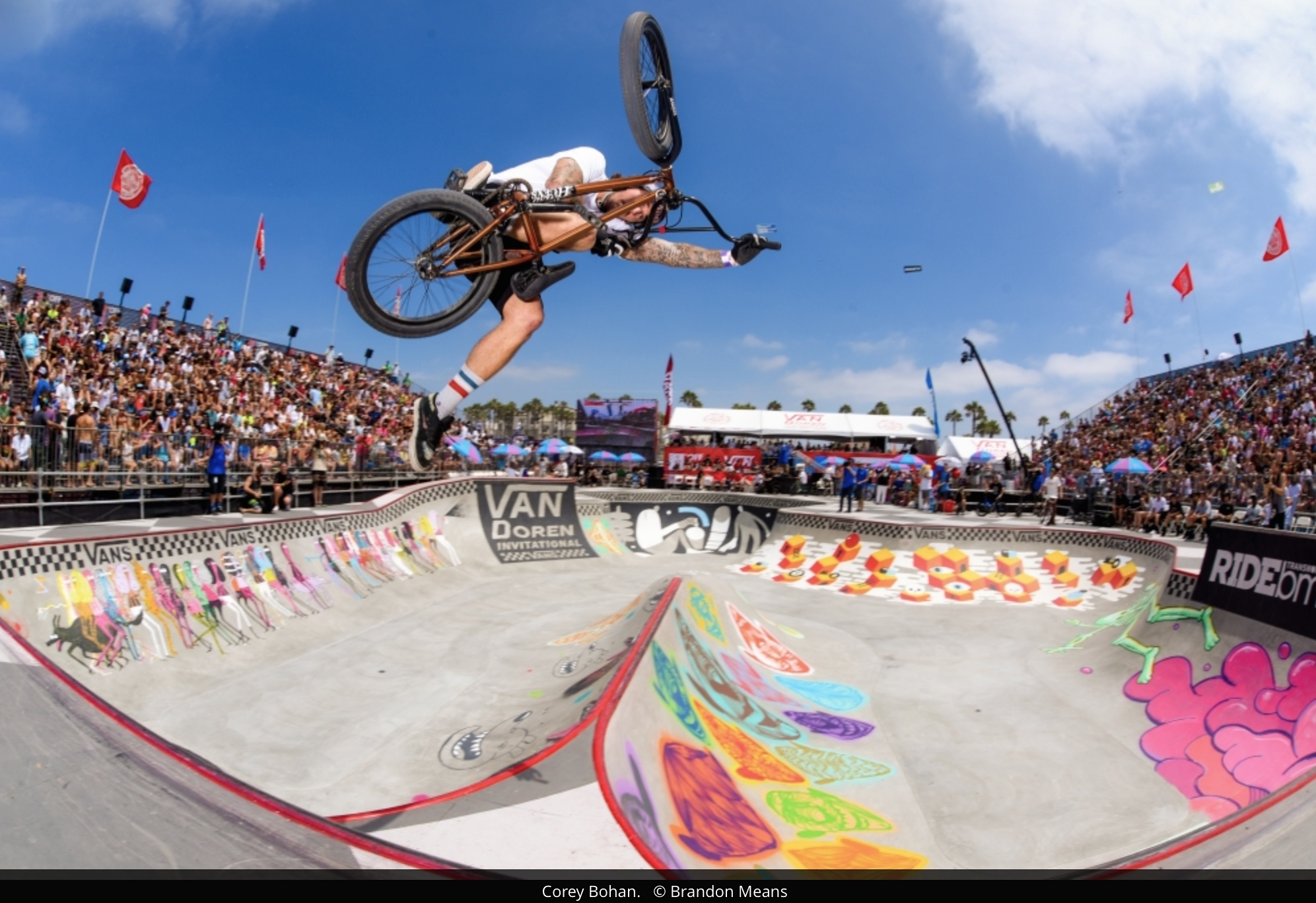 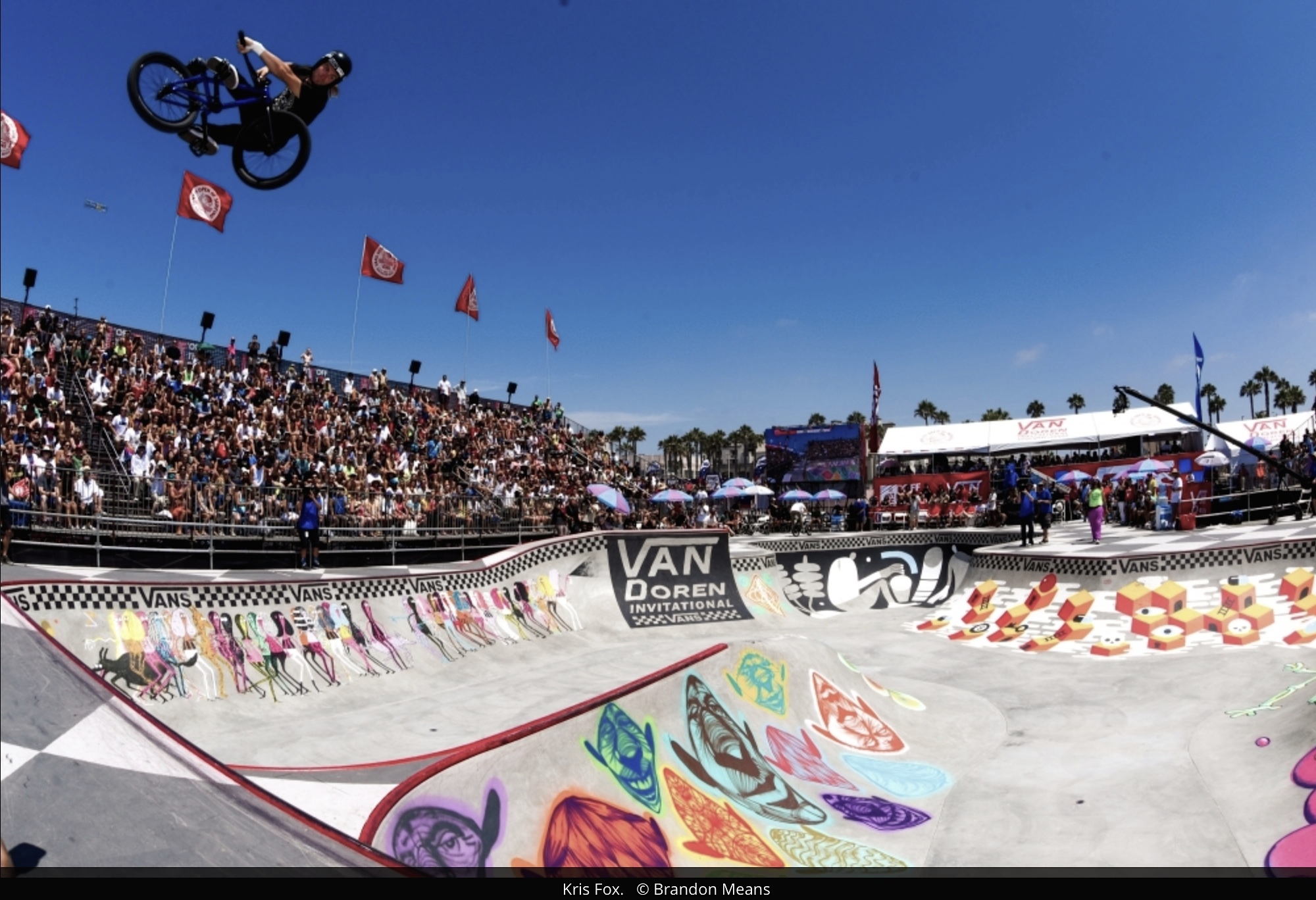 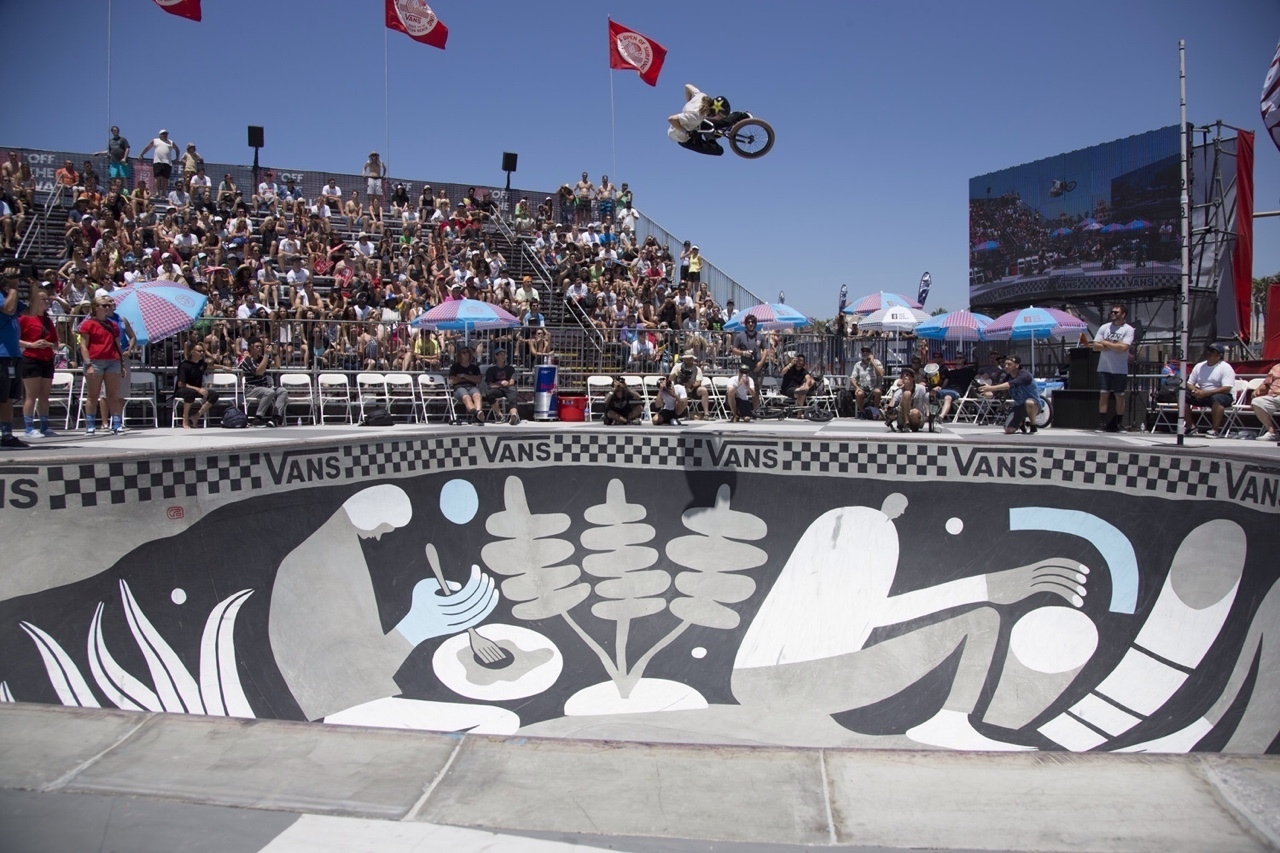 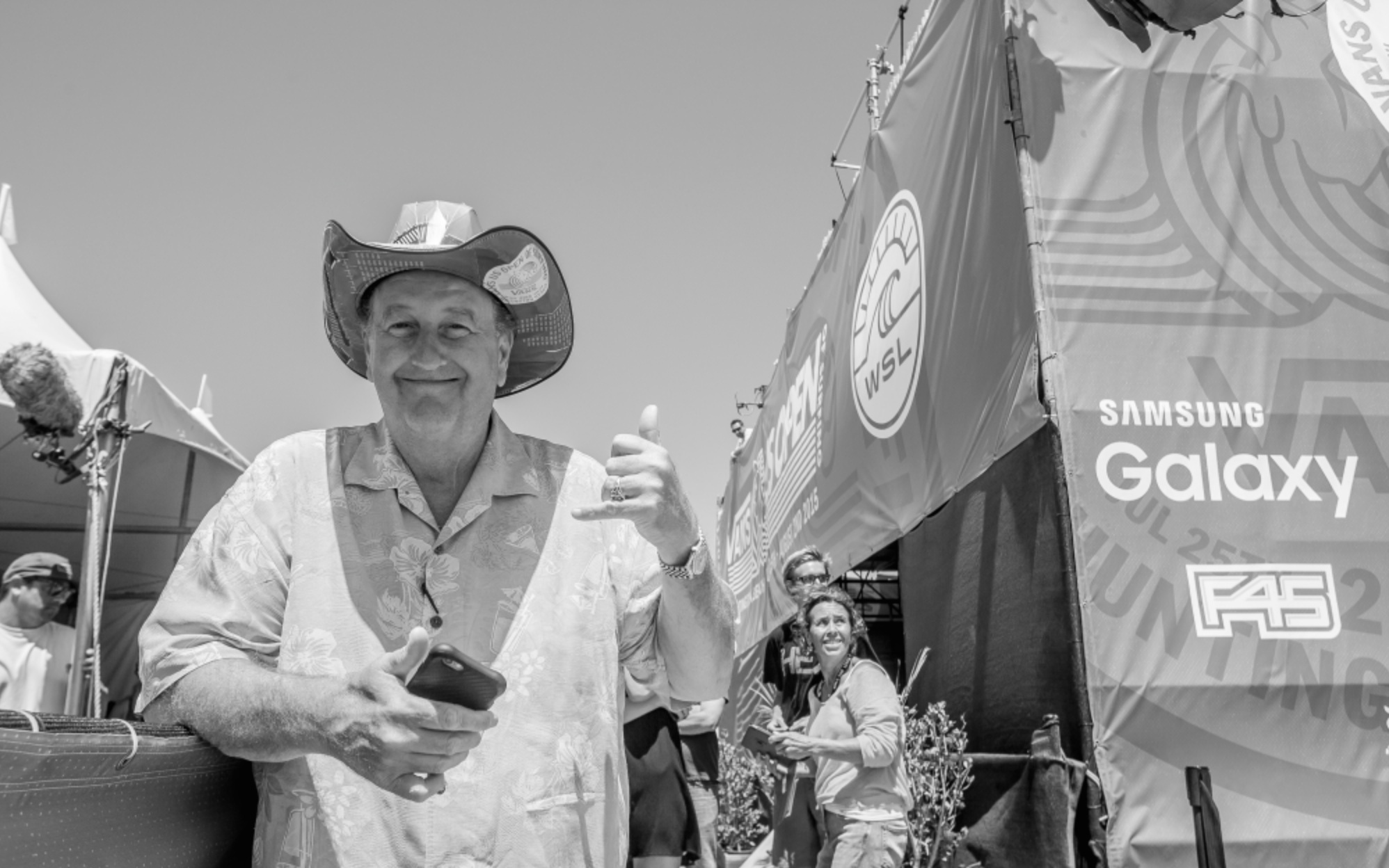 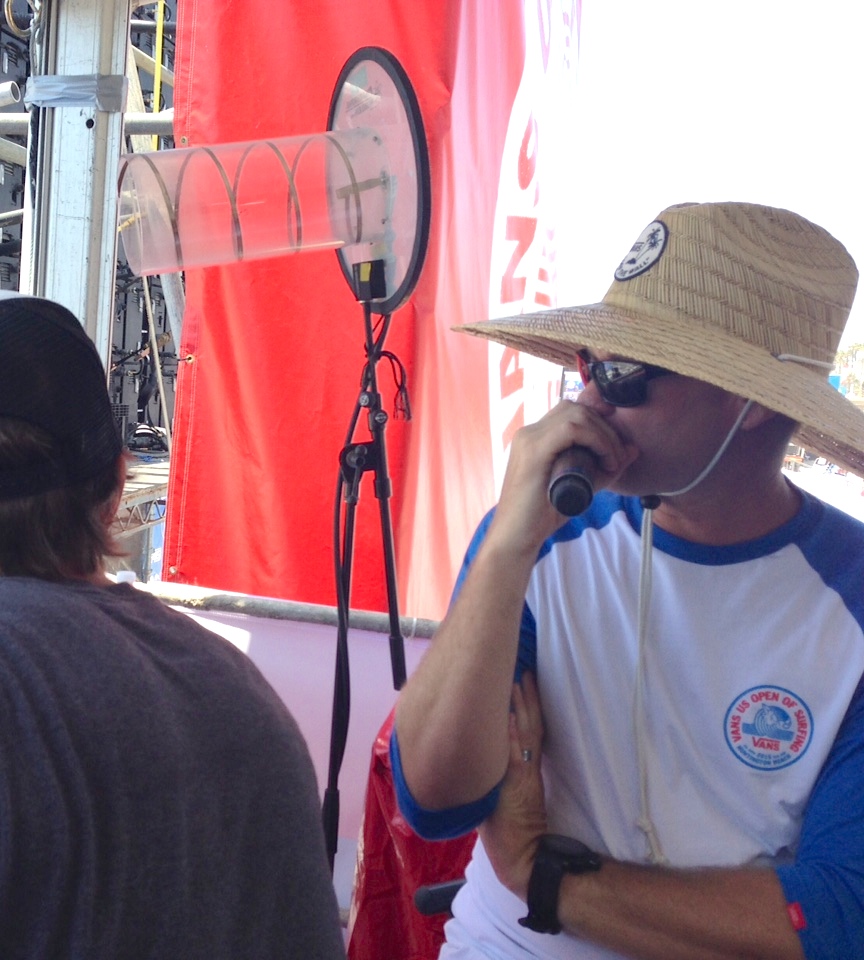 “Bad Boy” on the mic @vansjerry 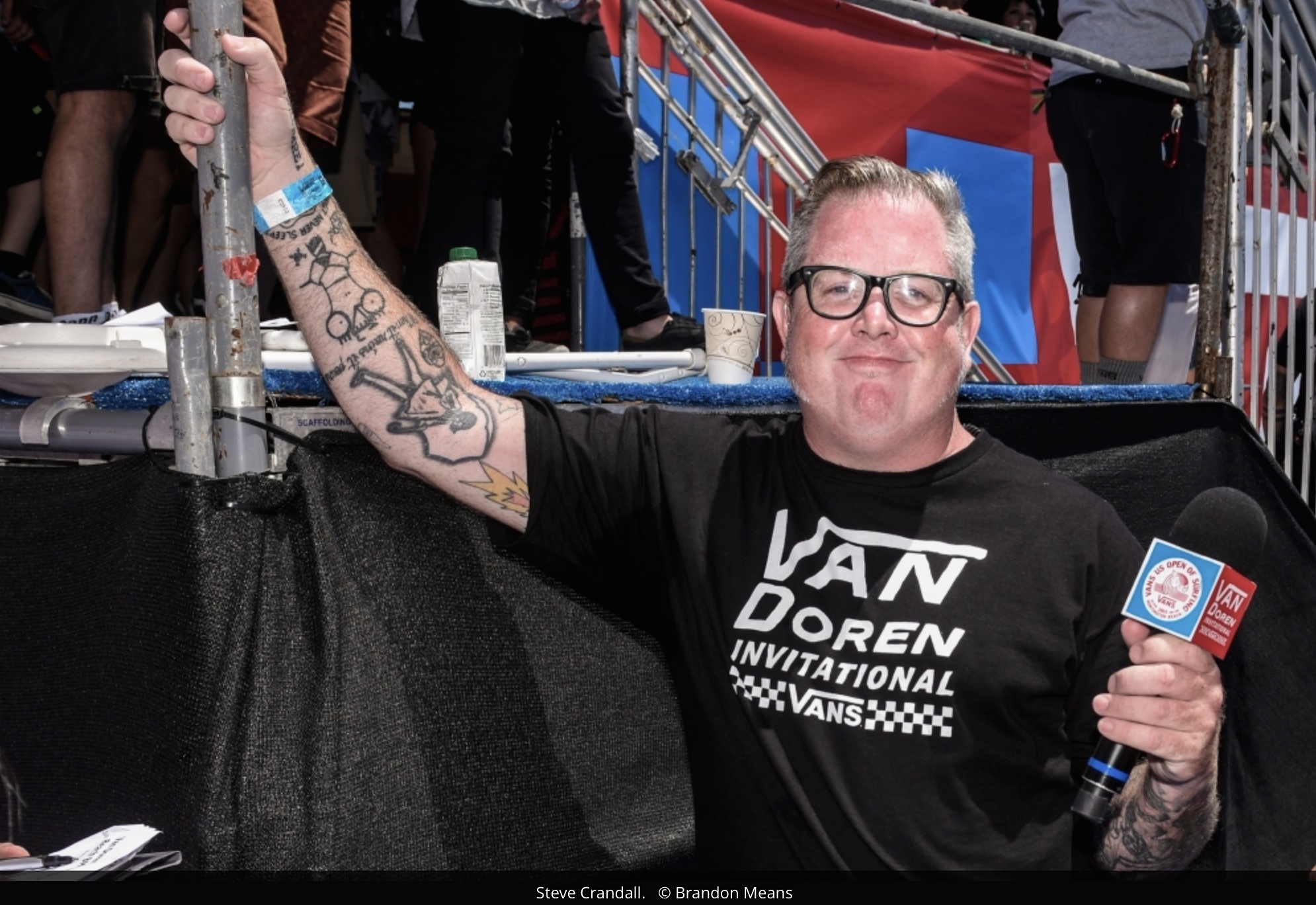 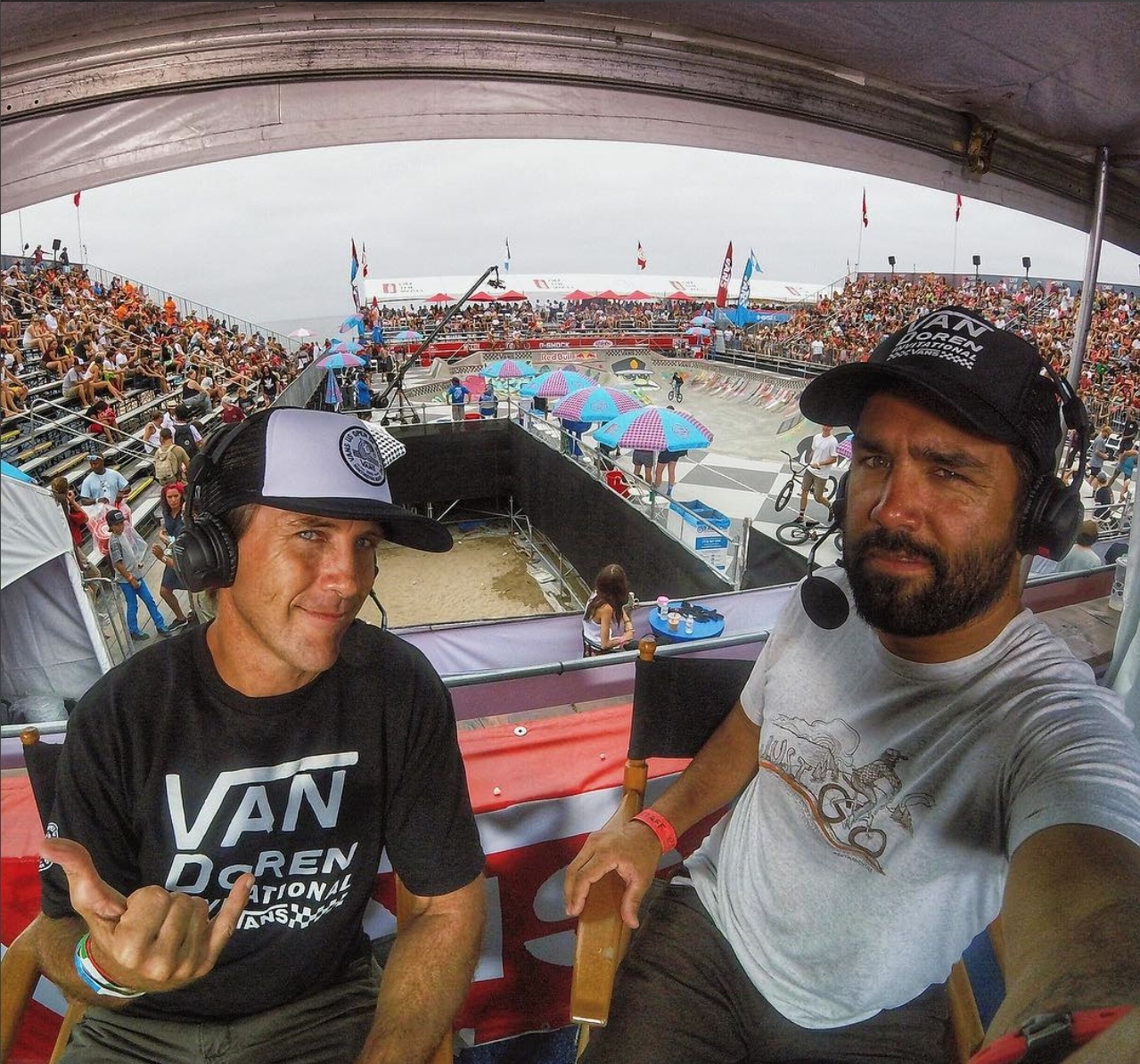 DMC and Rooftop. Photo by @mikeescamilla
Watch the BMX Prelims and Final webcast Replays and check out the photo galleries at Vans US Open of Surfing